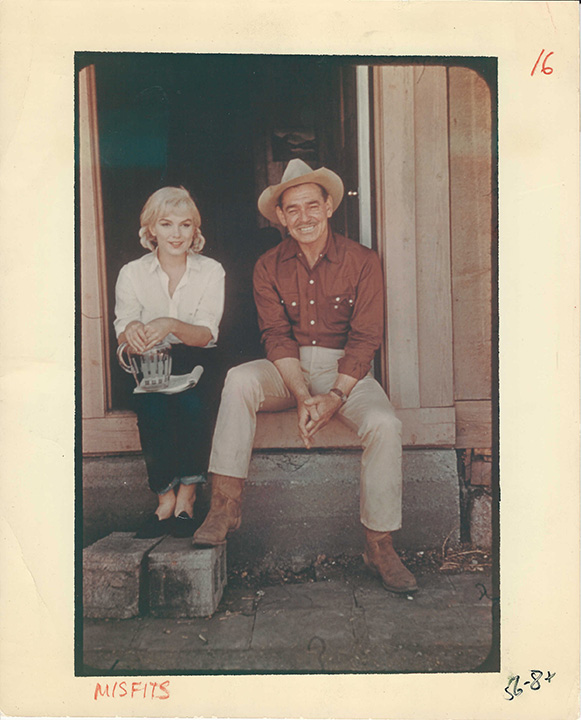 A beautiful and haunting film, so well-written (Arthur Miller) and so well-played (by actors who truly knew what it felt like to be the characters they portrayed) and all under the creative direction of John Huston. Arthur Miller wrote the role of the lost-in-life Roslyn Taber for wife Marilyn Monroe, but their relationship deteriorated during the filming. The set was strained and the physical brutality of the location shooting is said to have been a factor in Clark Gable’s early death shortly after filming.

In this rare behind-the-scenes image in which Monroe and Gable appear to be studying the script, two of cinema’s most charismatic stars smile contentedly for the camera. On heavy Kodak paper, there are pen markings in the blank white margins, minor edge wear and soil and s piece of velum paper hinged to the top of the verso with heavy tape, ABOUT FINE.