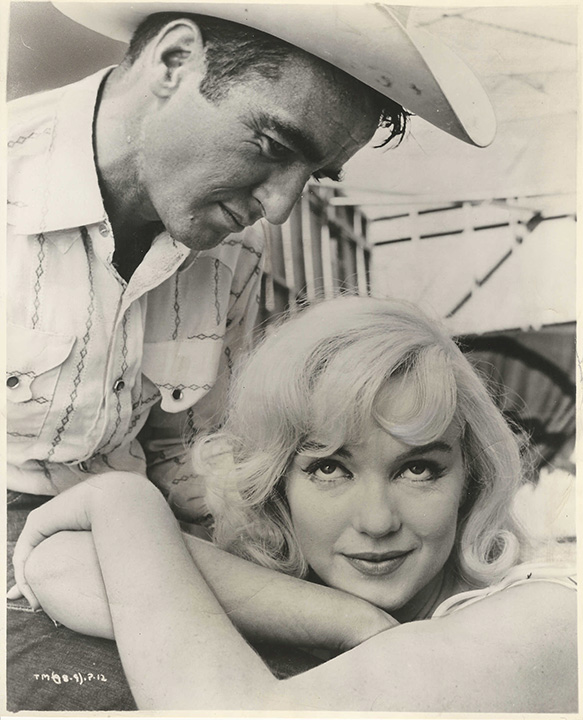 Vintage original 9 1/2 x 7 3/4″ (25 x 20 cm.) black-and-white single weight glossy silver gelatin print still photo, USA. Clark Gable, Marilyn Monroe, Montgomery Clift, Thelma Ritter, Eli Wallach, dir: John Huston; United Artists. A beautiful and haunting film, so well-written (Arthur Miller) and so well-played (by actors who truly knew what it felt like to be the characters they portrayed) and all under the creative direction of John Huston. Husband Miller wrote the role of the lost-in-life Roslyn Taber for wife Monroe, but their relationship deteriorated during the filming. Monroe shares a flirtatious moment with friend Montgomery Clift. Both were fragile at the time and had trouble making their way through what was a very difficult filming. This photo was for newspaper use and includes the clipping from its use on the verso as well as a Jan. 30, 1961 date stamp. Blank white margin slightly trimmed, Scratch at Monroe’s front arm. ABOUT FINE.