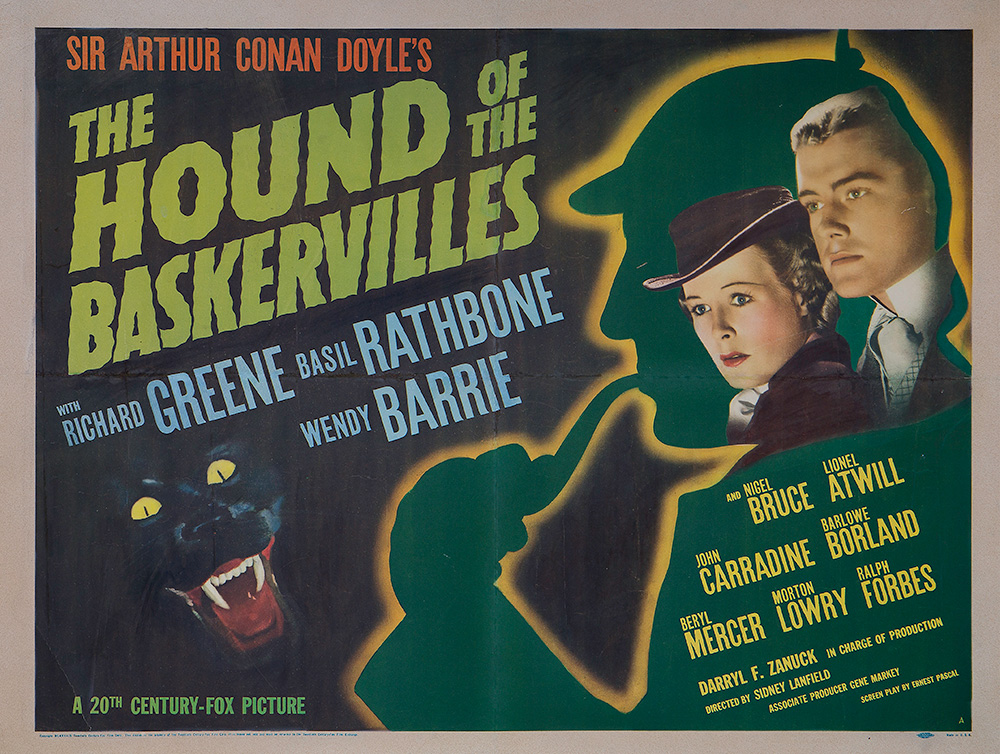 Vintage original 22 x 28” (55 x 70 cm.) half sheet A, USA. Basil Rathbone, Nigel Bruce, Richard Greene, Wendy Barrie, Lionel Atwell, John Carradine, dir: Sidney Lanfield; Twentieth Century Fox. The most famous movie team of Holmes and Watson were Basil Rathbone and Nigel Bruce, and this, was their first. So popular were they that they were asked to do a radio series while making the films over the next few years. This story had them dealing with a supernatural dog. That scary dog is present on the poster. Richard Green and Wendy Barrie appear in the silhouette of Rathbone’s Sherlock Holmes character. This poster has been mounted on heavy paper. Fold lines and an area under BASKERVILLES of the title have been touched up. There has been some creasing since it was preserved and mounted. These creases are at the top left corner and a diagonal crease near the bottom left corner. Nice use of color and very bright. NEAR FINE.