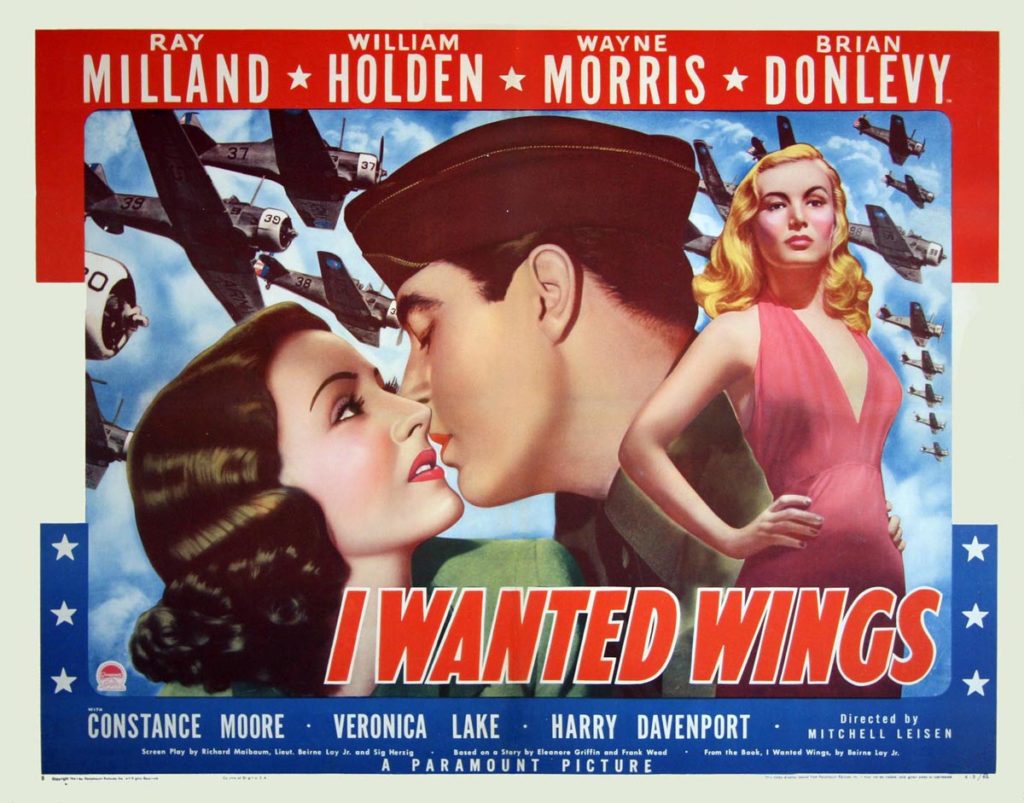 Vintage original 22 x 28″ (56 x 72 cm.) half sheet poster style B, USA. Ray Milland, William Holden, Wayne Morris, Brian Donlevy, Constance Moore, Veronica Lake, dir: Mitchell Leisen; Paramount. Filmed on location at Kelly Field and Randolph Air Base in San Antonio Texas just before the United States entry into World War II. This film made Veronica Lake a star. She appeared for the first time in her trademark hair style and wore the gown by Edith Head which became iconic. The story was about the training of three recruits in the Army Air Corps. The red, white and blue theme of this poster is indicative of where the country was at the time. This is a terribly rare poster, and one we have never seen before. Paper-backed, NEAR FINE.