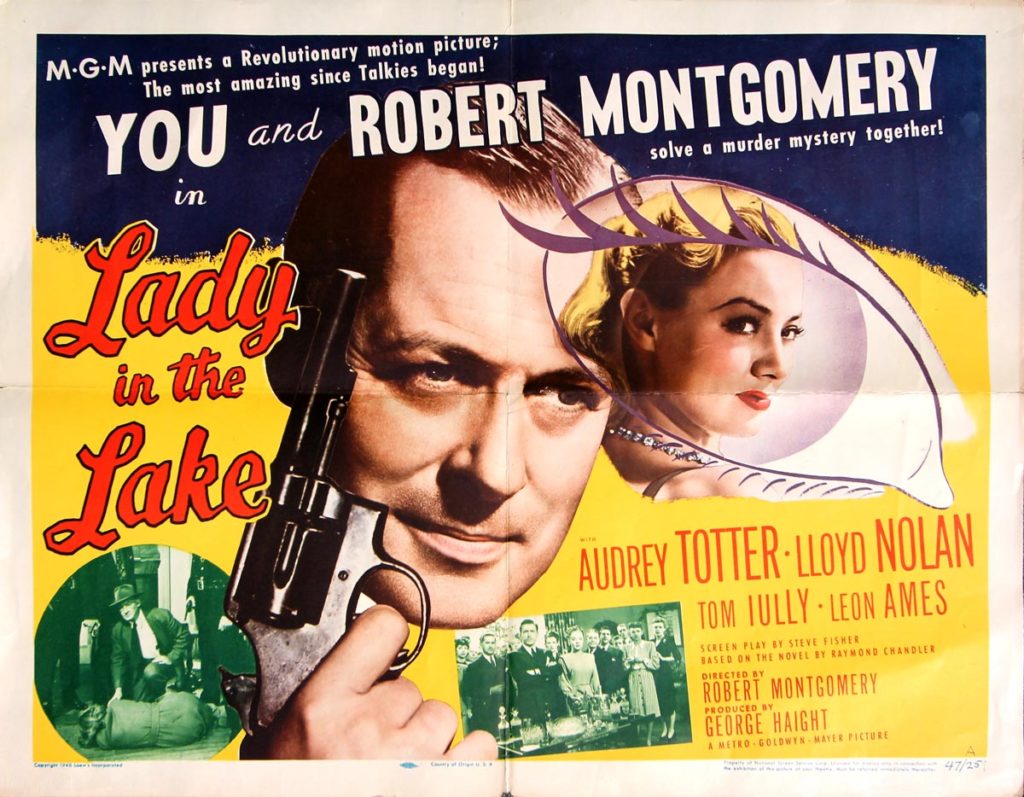 Vintage original 28 x 22″ (70 x 55 cm.) half sheet poster style A, USA. Robert Montgomery, Audrey Totter, Lloyd Nolan, Leon Ames, Jayne Meadows, dir: Robert Montgomery; MGM. Montgomery directed and starred in this fine adaptation of the Raymond Chandler novel. It is perhaps the one film which truly captures the original spirit of a Chandler book. Montgomery was able to direct and act by ingeniously having his character be off camera much of the time, appearing to the audience by reflection in mirrors and by characters’ reactions to him, thus giving Audrey Totter (in a performance as one of the all-time femmes fatales) an opportunity to play most of her role directly to the camera.

The MGM art department was a bit creative in their poster campaign highlighting the murder mystery theme and using color layout atypical of their mid-1940s efforts, though the half sheet style A does use the odd yellow background of the time. This is a scarce poster, seldom seen, with much better design than the much-more common one sheet. One of the finest in the film noir genre. Poster is folded, there is a separation at the very bottom center fold, light corner and edge wear, no pin holes. ABOUT FINE.