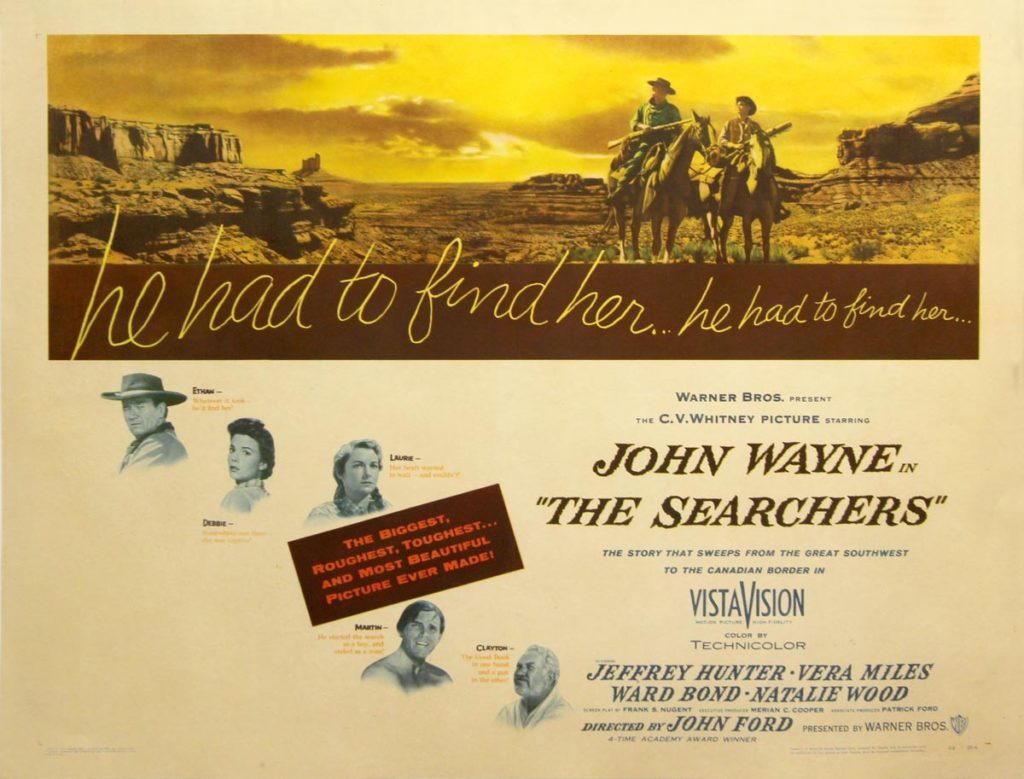 Returning from the Civil War, Ethan returns to the Texas ranch of his brother, hoping to be near his family and the woman he loves. When he discovers that Comanches raided the homestead while he was away, he and his nephew set off to find the niece they kidnapped as a young girl.

As Ethan Edwards, John Wayne gave what is most likely his finest film performance. It would be Wayne’s favorite role and he would name a son after the character. Portions of the film were made in Monument Valley, Utah. This was one of the first films ever to promote itself by having a documentary made during filming.

Poster has been sized and cleaned and paper-backed with holes along the margins and corners filled in. It looks impeccable. VERY GOOD-FINE.