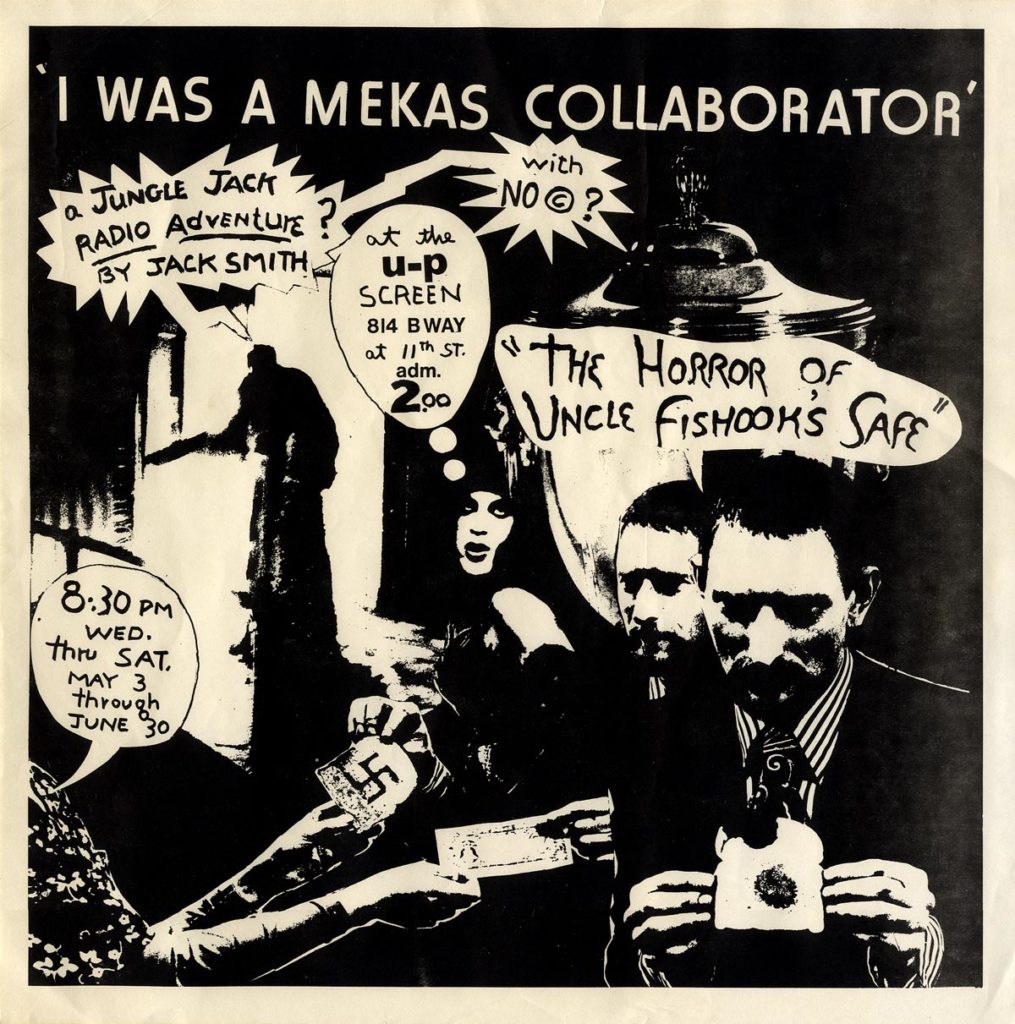 Vintage original 13 x 13″ (33 x 33 cm.) poster, USA, for a multimedia show created by the legendary Jack Smith (1932-1989), director of such underground films as Flaming Creatures, and belatedly recognized as one of the creators of performance art.

After Flaming Creatures was premiered, Smith and others (including Jonas Mekas, who was in so many ways the godfather of the then-new American underground film movement) were jailed for obscenity, and a lengthy — and miserable — legal process ensued. Mekas believed that Smith’s flamboyant wildness would be disastrously received in a courtroom, and tried to find an alternative resolution. For Mekas’ trouble, he earned Smith’s lifelong enmity. He started to refer to Mekas with various unpleasant nicknames, of which “Uncle Fishook” was one.

This unusual photomontage poster for a multi-media slideshow by Smith is unsigned, but almost certainly this poster was designed by Smith himself, and represents one of the few surviving pieces of poster art by him. Unfolded, FINE.