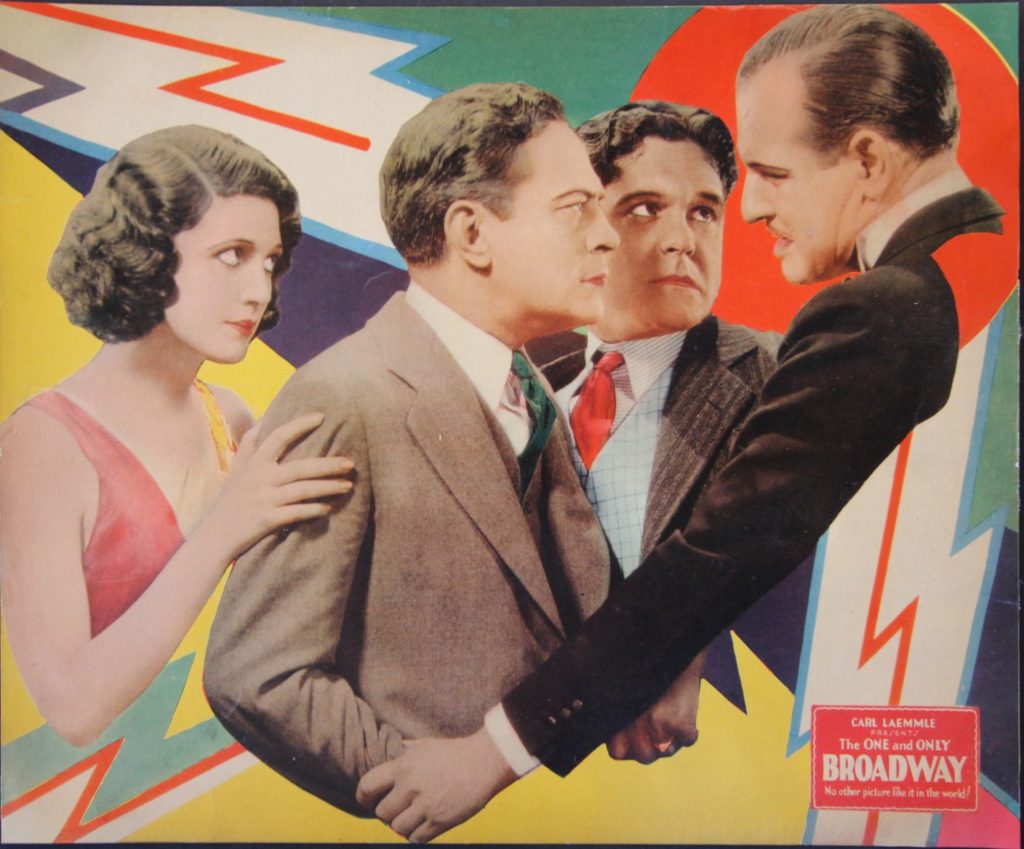 Vintage original 14 x 17″ (35 x 43 cm.) jumbo lobby card, USA. Glenn Tryon, Evelyn Brent, Merna Kennedy, Thomas E. Jackson, Robert Ellis, dir: Paul Fejos; Universal. Art Deco graphics highlight this card with a confrontational scene. Based on a Broadway play of the same name, the film was distinguished by its innovative camera work, the director (Paul Fejos) having developed a crane which could move the cumbersome camera — something which the barrage of backstage musicals had not been able to do to this point. Like most of Universal’s output of this time it was considered a lost film, but a print was found in Hungary. The film included two-strip Technicolor sequences. FINE.