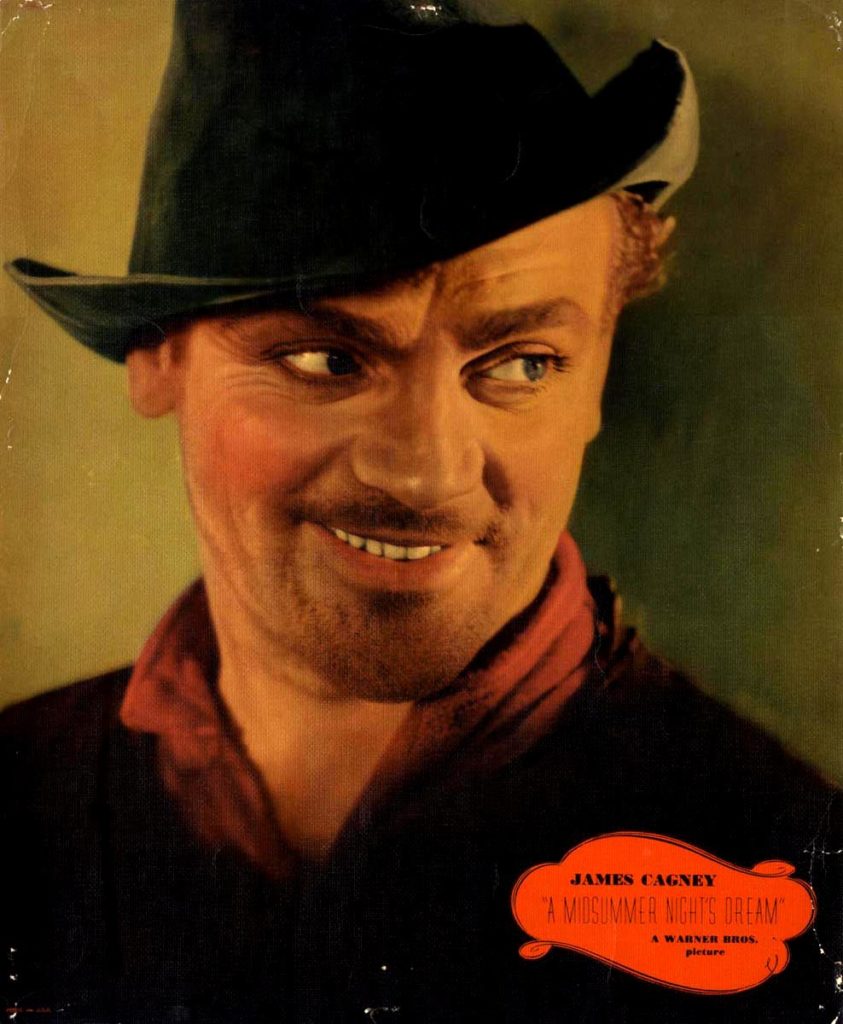 Vintage original 14 x 17″ (35 x 43 cm.) jumbo lobby card. Olivia de Havilland, Dick Powell, James Cagney, Joe E. Brown, Mickey Rooney, Victor Jory, Ian Hunter, Veree Teasdale, Ross Alexander, Jean Muir, dir: William Dieterle, Max Reinhardt; Warner Brothers. A superbly wild version of the great Shakespeare play, made so popular as a Hollywood Bowl live extravaganza the year before that Warner Bros. hired Reinhardt and much of the cast (this brought de Havilland into movies) to make the film. The story is a grand comedy of errors. James Cagney plays Bottom, the Weaver, who during the spell turns into an ass. Warner Brothers set what, up to that time, may have been the most lavish ad campaign in their history, including a stunning set of jumbo lobby cards; presented here is the portrait card for James Cagney. Very few images of him from this film exist. There are various dings at the edges of this piece, but this is the nicest example of it which we have ever seen, NEAR FINE.