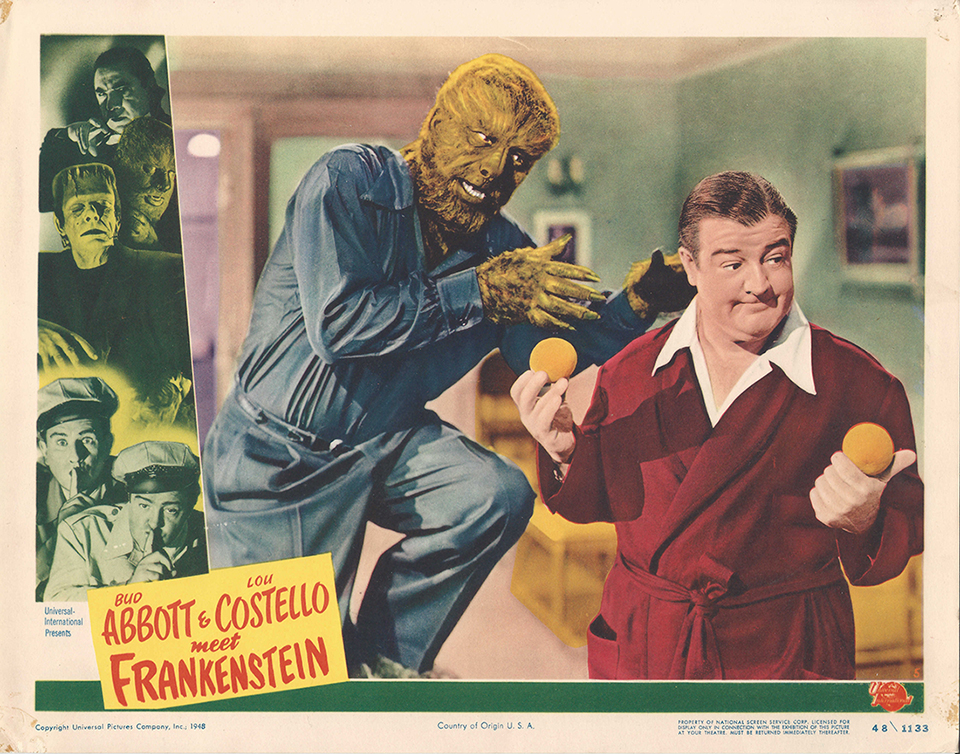 Vintage original 11 x 14” (28 x 35 cm.) lobby card, number 5 USA. Bud Abbott, Lou Costello, Lon Chaney Jr., Bela Lugosi, Glenn Strange, Lenore Aubert, Jane Randolph, dir: Charles Barton; Universal. Perhaps the finest and most fun of the Abbott and Costello films, and they meet not just Frankenstein, but Dracula and the Wolfman, both played by the originals—- Lon Chaney Jr. and Bela Lugosi. At one time or another all three actors (including Strange) had played Frankenstein. Costello initially felt the script was terrible and refused to do it, but with a huge advance, his best director and an allowance to improvise (leaving the other cast members in hysterics), he agreed. The monsters played it straight and it is now considered one of Universal’s best 1940s horror films. Two freight handlers pick up the remains of Dracula and Frankenstein to use in a house of horrors. Dracula awakens, Larry Talbot (the Wolfman) arrives from London along with Dracula’s female aide and all hell breaks loose. The card features the three monsters on the left side edge. Here is Lou with the Wolfman. Slight stains at blank corners, ABOUT FINE.