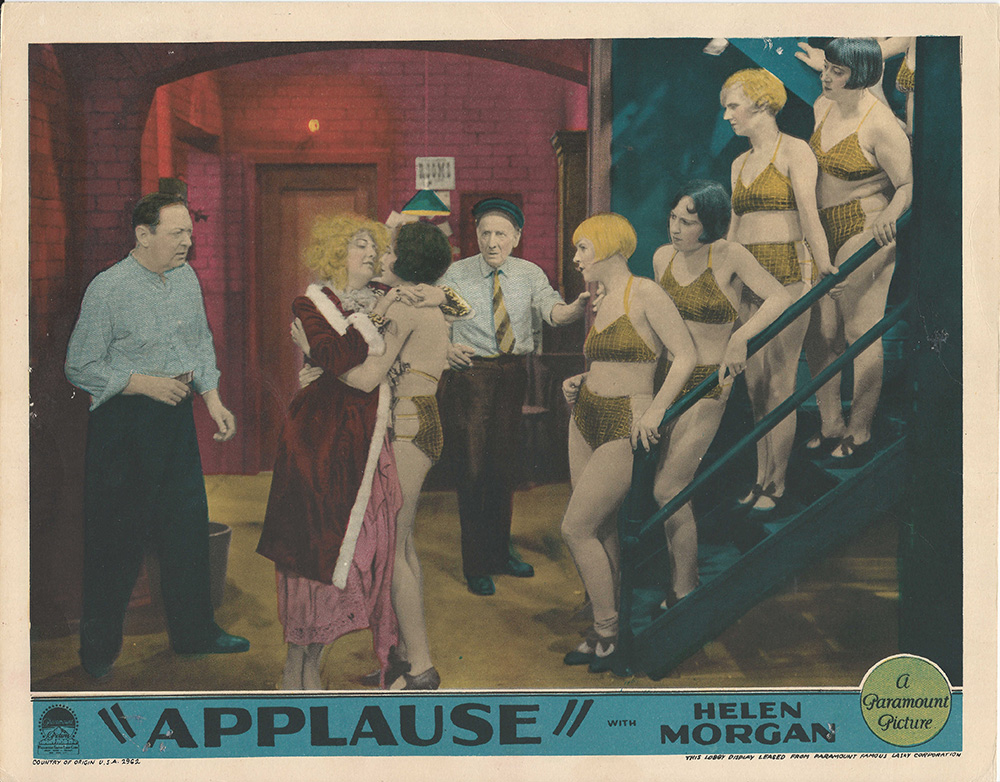 Vintage original 11 x 14” (28 x 35 cm.) lobby card, USA. Helen Morgan, Joan Peers, Fuller Mellish Jr., dir: Rouben Mamoulian; Paramount. Perhaps the finest of the earliest backstage musicals, directed by the brilliant Rouben Mamoulian. This was his very first film. Right from the start, Mamoulian knew how to make his camera move and tell a story even with the confines of the technical issues of early sound film making. Helen Morgan brilliantly made the transition from Broadway theatre acting (she was the original Julie of SHOW BOAT) to sound film, with a sincere and underplayed performance. The film was shot on location in New York City and is one of the greatest mother/daughter melodramas ever made. A legendary film which is often forgotten. Thought it did not receive Academy nominations or awards, it was recently added to the National Film Preservation Board, USA. In this card, fading burlesque queen Kitty Darling (Morgan) attempts to protect her naïve daughter (Joan Peers) from an opportunist in the theatre biz. This was Helen Morgan’s most outstanding film work. In real life, Helen Morgan would suffer from alcoholism and die at 41, though not before she committed her legendary Julie of SHOW BOAT to film in 1936. Outstanding colors and deco font. There are a few pin holes in the title and credit treatment area and a lightly repaired pin hole and crease to the mid right edge of the image and two small pin holes to the mid left edge of the image. ABOUT FINE.