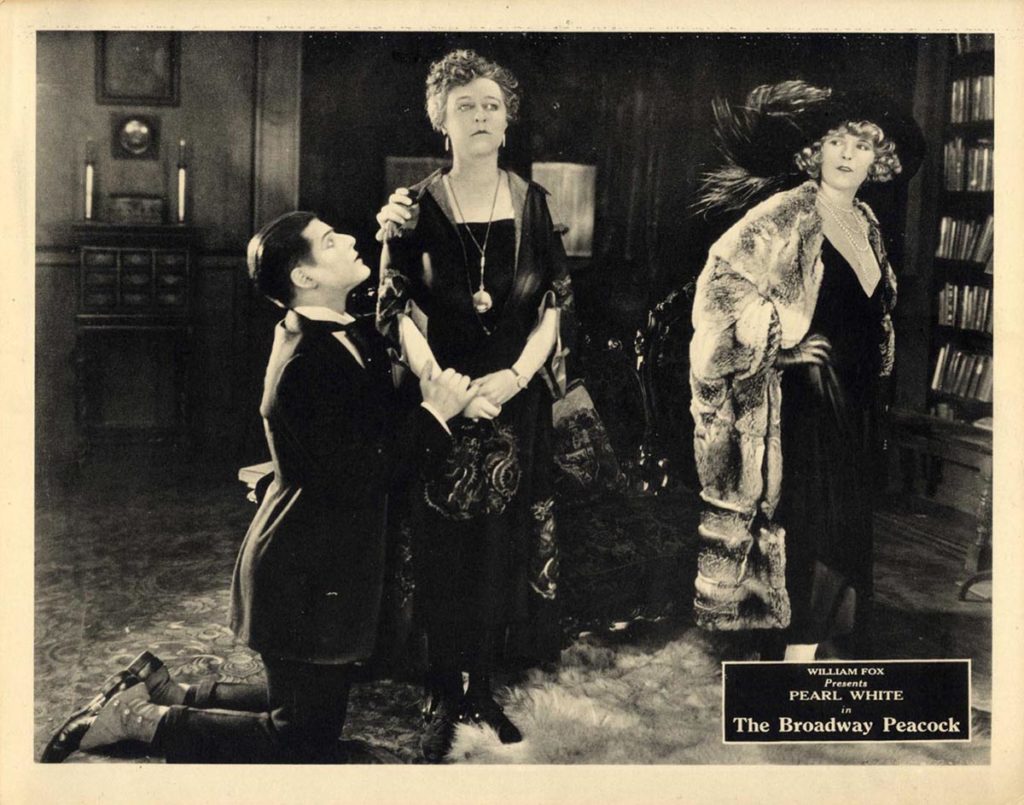 Five (5) vintage original 11 x 14″ (28 x 35 cm.) lobby cards, USA, Pearl White, Joseph Striker, Doris Eaton, Harry Southard, Elizabeth Garrison,dir: Charles Brabin; William Fox. This was one of the great Pearl White’s later films. Starting in 1910, she became the most famous film actress in the world. That was for her ground-breaking serial THE PERILS OF PAULINE, in which she did her own death defying stunts, each installment ending with her in cliff-hanging peril. The stunts left her with many injuries and much pain, making stunt doubles necessary in later films and leaving her with addictions to ease the pain which lead to her retirement in 1924 and early death at 49 in 1938. This was a dramatic story of jealousy and class distinction, set in New York City, in which Pearl played the hostess of a Broadway cabaret. FINE