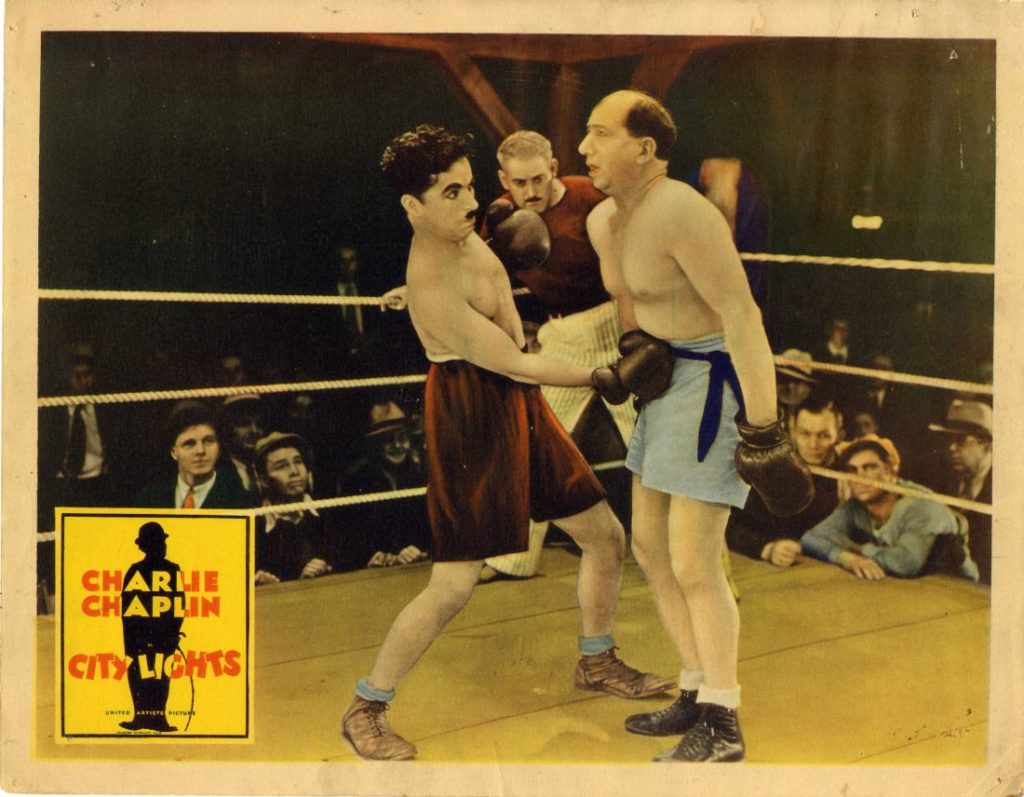 Vintage original 11 x 14″ (28 x 35 cm.) lobby card, USA. Charles Chaplin, Virginia Cherill, Florence Lee, Harry Myers, dir: Charles Chaplin; United Artists. The story of a little tramp who falls in love with a blind flower girl. Her family is impoverished, and with the help of a wealthy friend (a man who rewarded him when he rescued him from drowning), the tramp is allowed to be her benefactor. This story served for some of Chaplin’s most poignant of screen moments. It also served for some great comedy moments, including the boxing scene depicted on this card. Fraught with delays, the film was in production for more than three years and was the first of Chaplin’s films to be made in the sound era. Utilizing ingenious sound effects and music, Chaplin was able to release a silent film in the now-expected talking era. So long was the film in production that Jean Harlow, who appeared as an extra, was a recognized star by the time of the Jan. 1931 release. Card has some small pinholes and light scattered dampstaining, which is not bothersome, NEAR FINE.