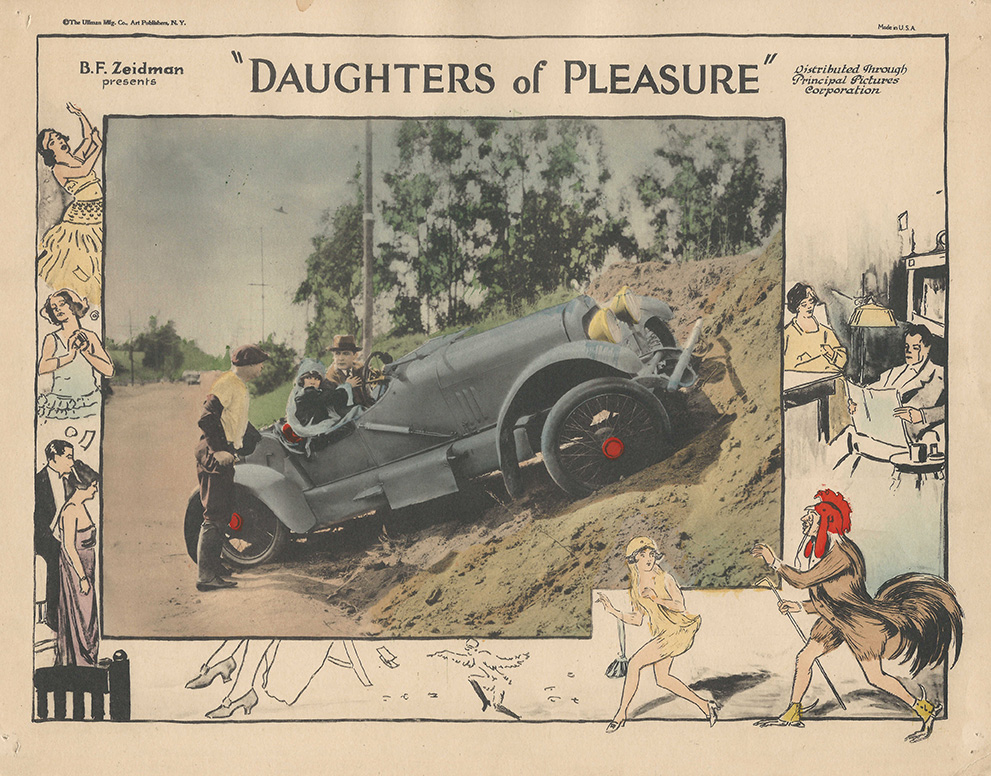 Vintage original 11 x 14” (28 x 35 cm) lobby card, USA. Marie Prevost, Monte Blue, Clara Bow, dir: William Beaudine; Principal Pictures. An early role for Clara Bow, at which time she was establishing her reputation as the ultimate flapper. The story concerned a newly wealthy man who is having a fling with a young girl (Bow) who turns out to be the friend of his daughter (Prevost). Though many of Clara Bow’s films are thought to be completely lost, 4 of 6 reels of this film are extant. Marie Prevost was the star and her career and life ended early when she failed in talking films. Several border art renderings were used for this title, this image of Prevost and Blue wrecking their car, surrounded by a party atmosphere of the time are fun examples of the roaring 20’s genre. Pin holes at each of the four corners. ABOUT FINE.