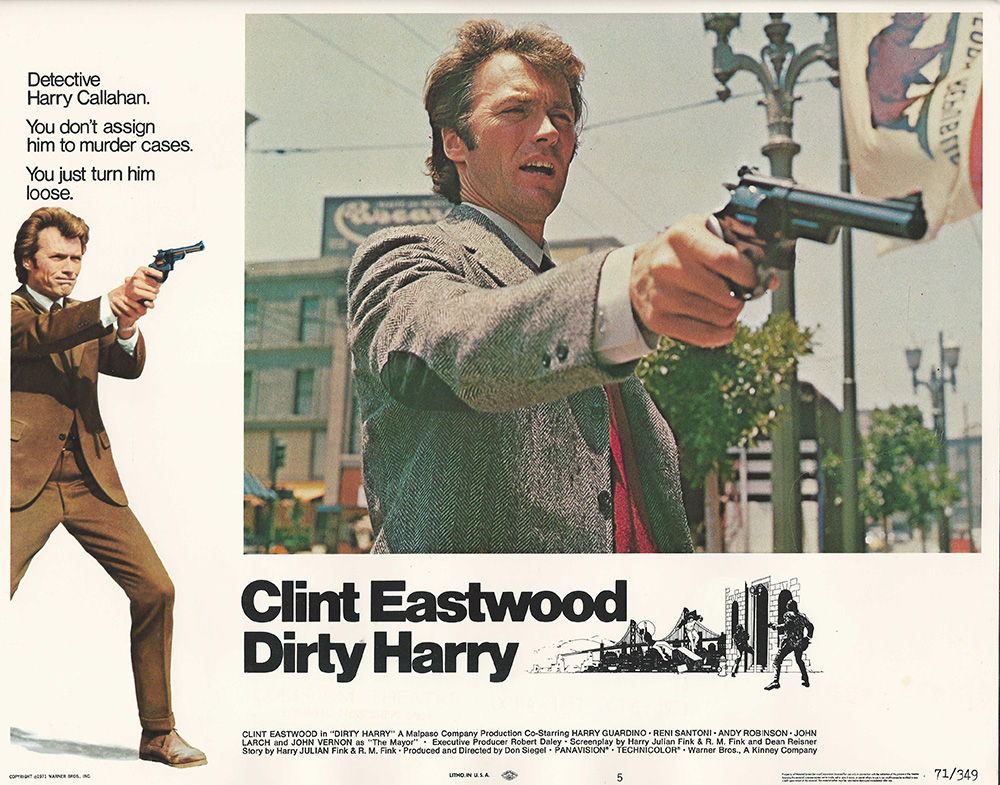 Vintage original 11 x 14” (28 x 35 cm.) lobby card Number 5, USA.  Clint Eastwood, Andrew Robinson, John Vernon, Reni Santoni, Harry Guardino, dir: Don Siegel; Warner Brothers. The now classic crime thriller about San Francisco Police Inspector Harry Callahan, who has little regard for rules but who gets results. In this tale he is tracking down a serial killer Scorpio who snipes his victims at random.  Clint Eastwood in his iconic role of the paradoxical Dirty Harry (basically an outlaw but deeply moral at the same time) only won the role because originally cast Frank Sinatra injured his hand. Fortunately, Eastwood was easily available to pose, with gun in hand, used as a publicity image on a number of the film’s posters, lobby cards and stills, such as this. Card was not displayed. ABOUT FINE.