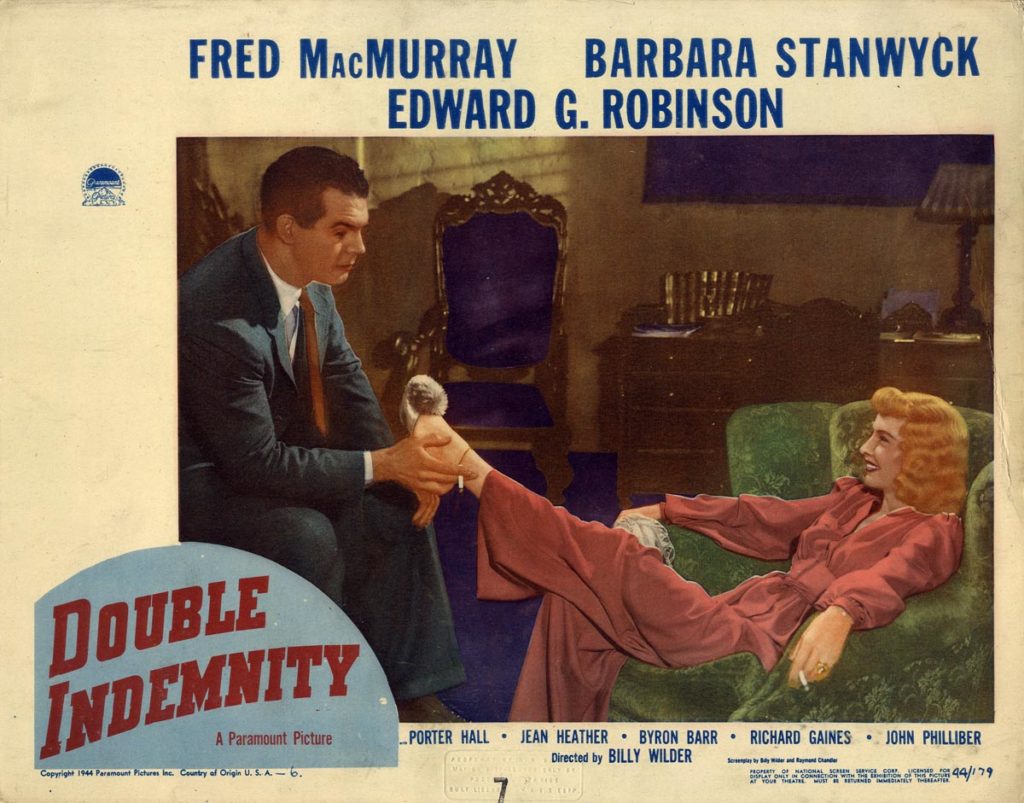 Vintage original 11 x 14″ (28 x 35 cm.) lobby card no. 6, USA. Barbara Stanwyck, Fred MacMurray, Edward G. Robinson, dir: Billy Wilder; Paramount. Perhaps the most legendary of film noir titles. From the novel by James Cain and adapted to the screen by Raymond Chandler and Billy Wilder, it is the story of an insurance rep who is seduced into a murder/insurance fraud scheme by the amoral wife of the victim. Barbara Stanwyck played her femme fatale role of Phyllis Dietrichson to the hilt and was nominated for the Academy Award for Best Actress. There were seven nominations, including for Best Picture, Director, Cinematography, Music Scoring and Screenplay.