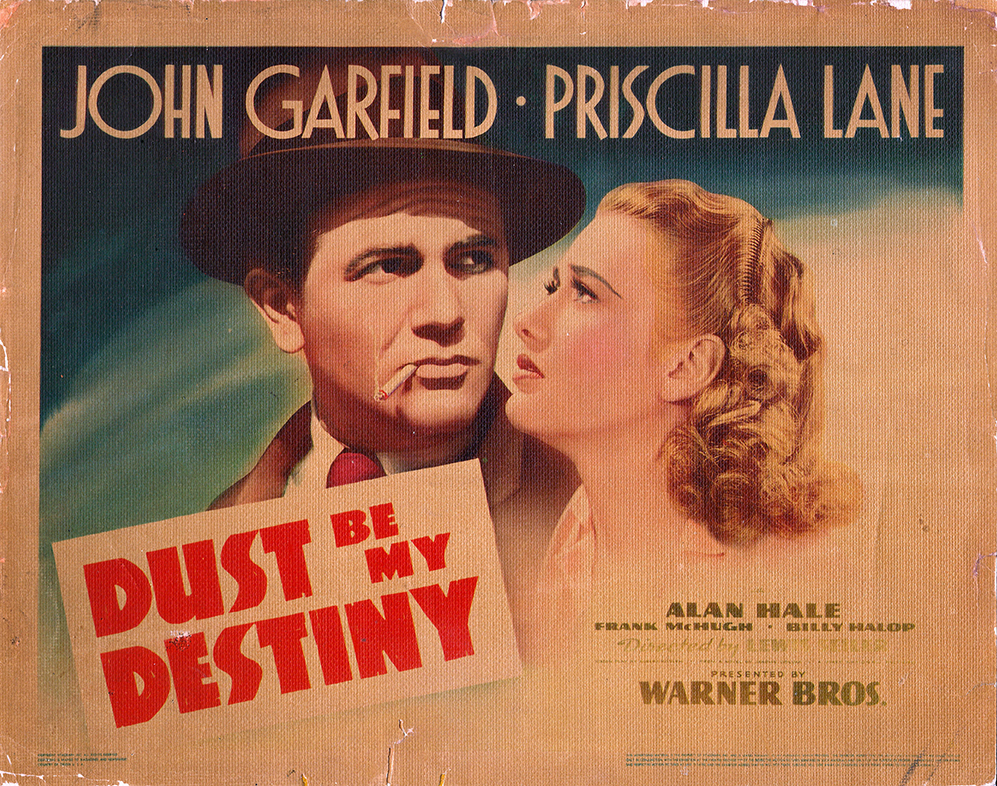 Vintage original 11 x 14 (28 x 35 cm) title lobby card, USA. John Garfield, Priscilla Lane, Alan Hale, Frank McHugh, Billy Halop, dir: Lewis Seiler; Warner Brothers. An early noir crime drama which established John Garfield as a star of the genre. The story was about an embittered man (Joe as played by Garfield) who serves time for a burglary he did not commit. On a prison farm he falls in love with his foremanís daughter Mabel (as played by Lane) a fight ensues and the older man has a heart attack. Thinking no one will believe him, Joe and Mabel go on the run.
This is a linen paper card, manufactured for just a few years for Warner Brothers films during this period, and printed on a fragile textured paper; hence, very few of these cards have survived in any condition. This card shows some typical light darkening and a number of small signs of handling, including various small tears in the blank margins, which have been repaired on back with archival tape. There is also edge and corner wear and minor soiling to the card. VERY GOOD.