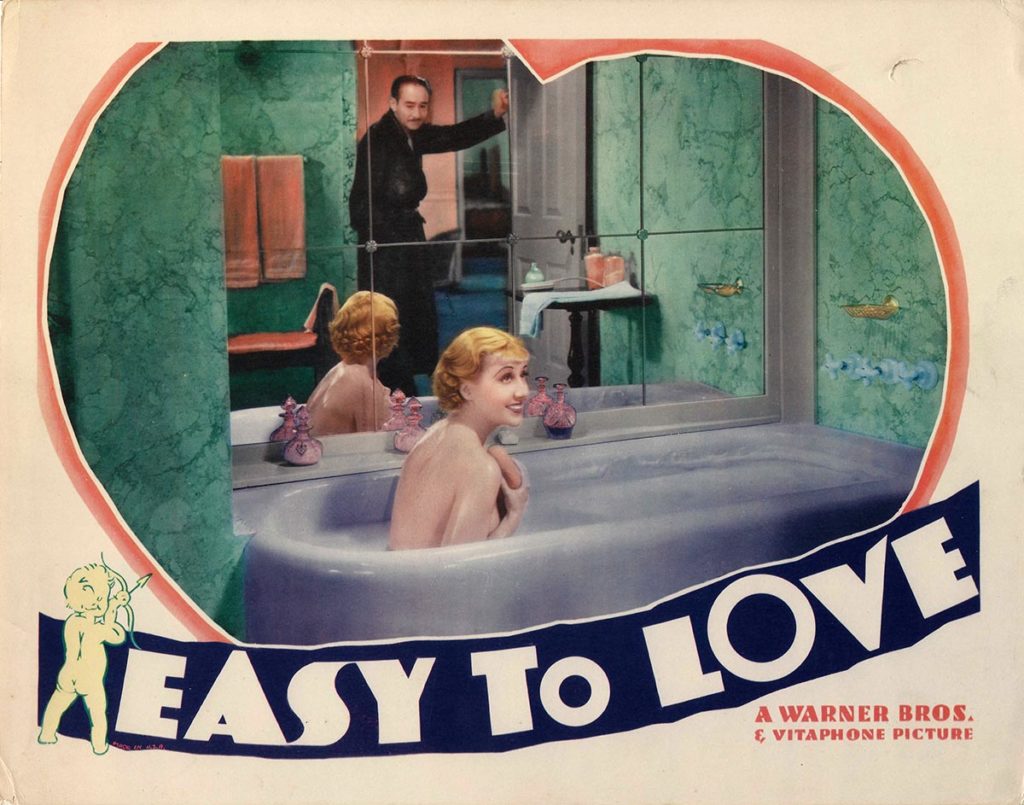 Vintage original 11 x 14″ (28 x 35 cm.) lobby card, USA. Genevieve Tobin, Adolphe Menjou, Mary Astor, Edward Everett Horton, dir: William Keighley; Warner Brothers. A Pre-Code image with Genevieve Tobin and Adolphe Menjou. Filmed in late-1933 and released in Jan. 1934, images and stores of this type would not be permitted starting in Apr. 1934 when the strict motion picture “Code” went into effect. Marital issues were the premise of this story, including suspected philandering and living together without being married. It was based on the Broadway play As Good As New, which ran for just 56 performances in 1930.

The color is very saturated. Minor crease to bottom left corner and small indent near top right corner in off white background, ABOUT FINE.