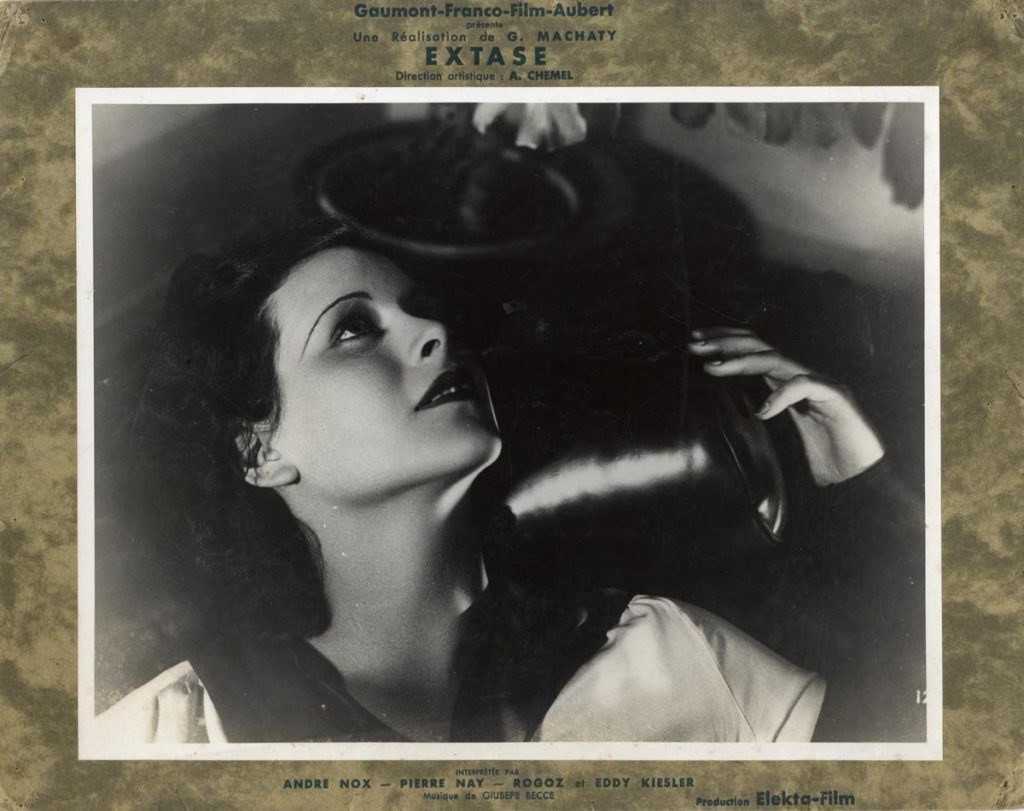 Vintage original 10 x 13 ” (27 x 34 cm.) lobby card, France. Hedy Lamarr, Aribert Mog, Zvonimir Rogoz, dir: Gustav Machaty; Elektafilm. Highly poetic and lyrical Czech/Austrian film which resulted in the notice of Hedy Keisler to world audiences. Though she had made several films before, she would not make another for five years. In that film, ALGIERS, and renamed Hedy Lamarr, she became an American star — and audiences wanted to see her notorious European film.

It had been banned in the United States in 1935, and Lamarr campaigned to never have it shown again. Somehow, American art houses were able to advertise and show the film by late-1940, when Lamarr was at the height of her MGM stardom. However, it was freely shown in European countries throughout 1934. It is the story of a young woman who marries an older man. His life has no room for passion, so she finds it elsewhere. This is the first non-pornographic film to feature a simulated sex scene, and it also included full frontal nudity of Lamarr.

In this card, Lamarr (Hedy Kiesler at the time) as Eva enjoys a moment with her lover. NEAR FINE.