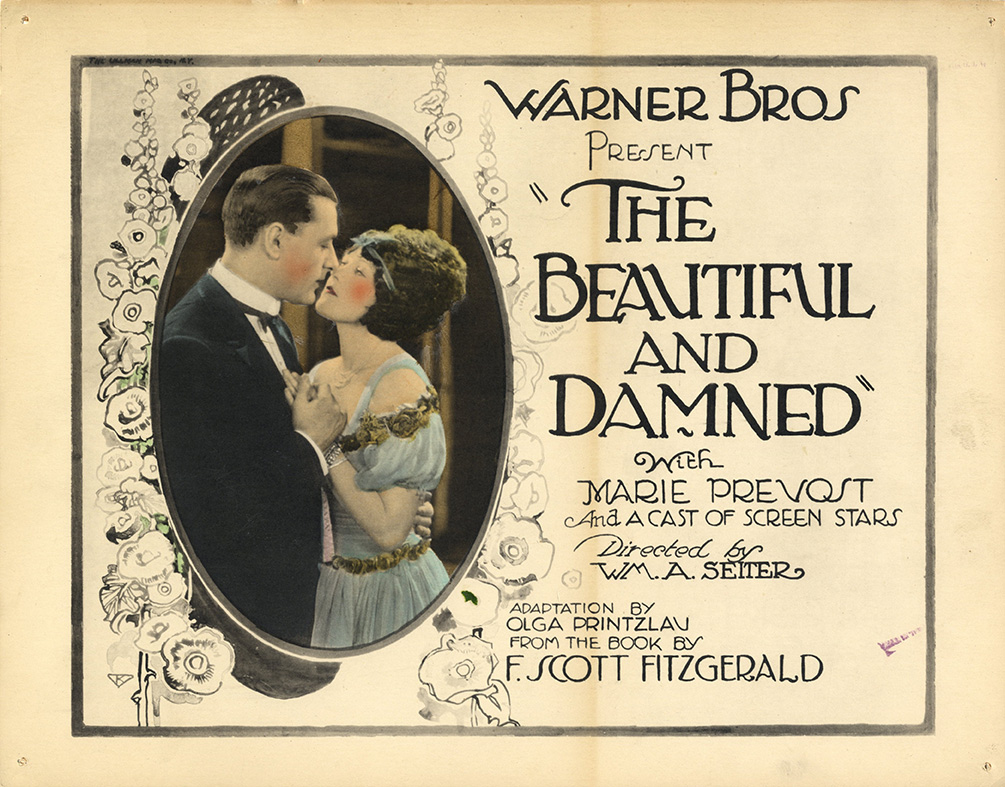 Marie Prevost, Louise Fazenda, Clarence Burton, dir: William Seiter; Warner Brothers. There are small pinholes in corners, some scattered light tanning, the cars have faint stamps reading “MADE IN THE U.S.A.” Overall, they are in very crsip, generally clean condition, NEAR FINE or better.

Hollywood embraced Fitzgerald’s talent at the onset of his career. (THIS SIDE OF PARADISE was published in March, 1920. The first Fitzgerald adaptation, THE CHORUS GIRL’S ROMANCE, based on his short story, “Head & Shoulders,” appeared in the Saturday Evening Post in February, 1920, and the film was released in August, 1920). Two more films, also with Fitzgerald short stories as source, appeared in the next two years.

THE BEAUTIFUL AND DAMNED was the first film adapted from a Fitzgerald novel. It was an ambitious effort for Warner Brothers, which was then a small, struggling movie studio.

Sadly, this is a lost movie (as is true for so many films of the silent era). Not a trace of the actual movie is known to have survived. Hence, these six lobby cards are precious remnants of this work.