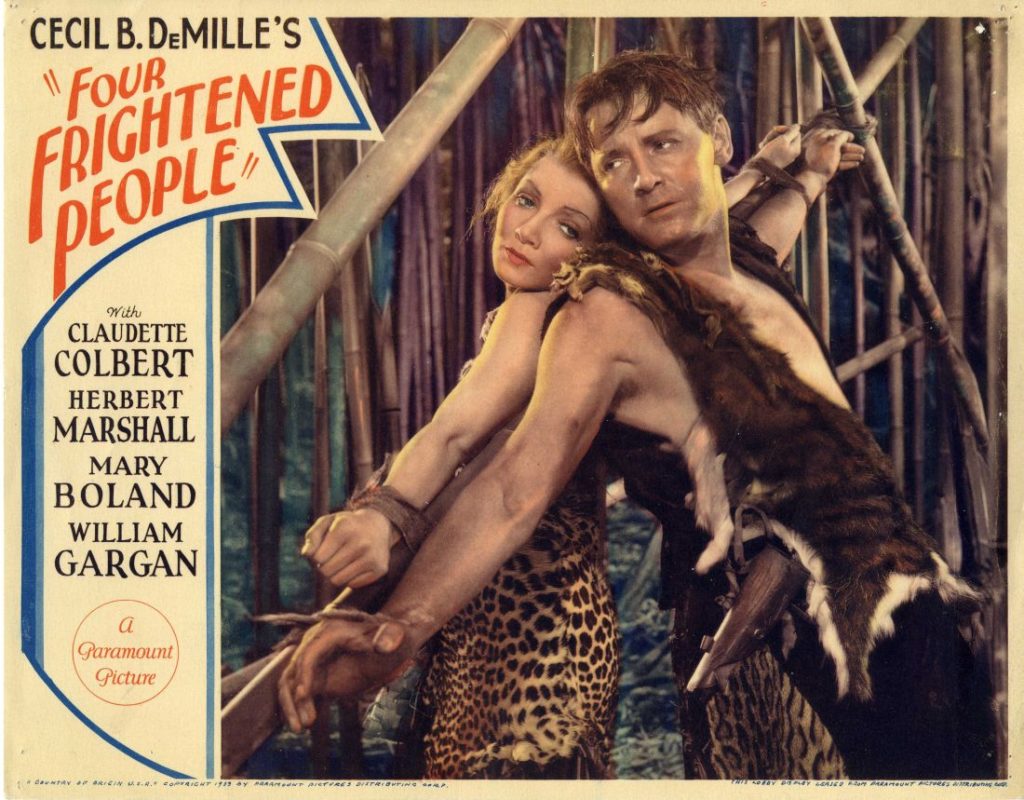 The story shows how quickly the trappings of civilization give way when they are taken away. Bubonic plague breaks out aboard a ship, and four mismatched people make their way to the coast of a wild jungle inhabited by primitive tribesmen to escape it. While there, their inhibitions give way.

Colbert had worked a few times for DeMille, notably that year in CLEOPATRA, and it was she who the director presented in the most titillating Pre-Code way, giving the film his director’s touch. This was a most brilliant year for Colbert: along with this film and the aforementioned CLEOPATRA were the brilliant classic films IMITATION OF LIFE and Capra’s IT HAPPENED ONE NIGHT (for which she won the Academy Award).

She is depicted here captured by the natives and tied to co-star Herbert Marshall. There is a two-inch (5 cm.) diagonal crease to middle right, and some scattered pinholes, card overall looks very nice, with bright colors, VERY GOOD-FINE.