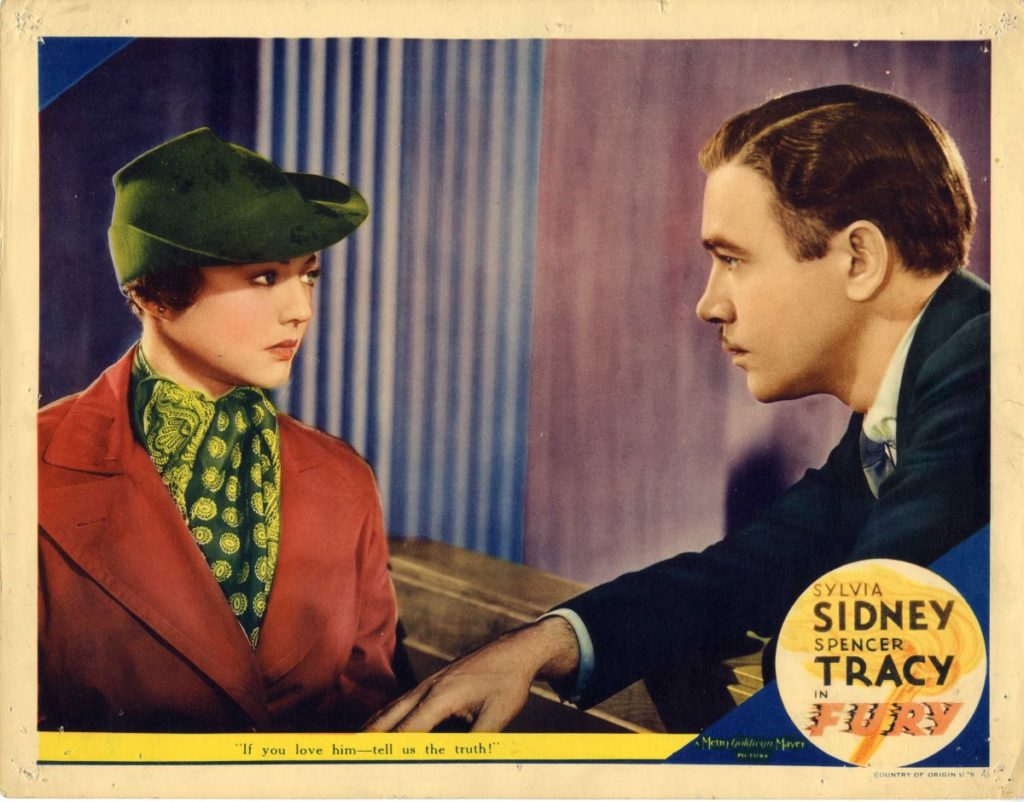 Vintage original 11 x 14″ (28 x 35 cm.) lobby card, USA. Sylvia Sidney, Spencer Tracy, Walter Abel, Bruce Cabot, Walter Brennen, Frank Albertson, dir: Fritz Lang. MGM. The story of a prisoner who is left dead by a lynch mob, who then ruthlessly decides to frame the mob for his murder. The story is based on an actual incident which occurred in 1933 at a jail in San Jose, California, when a lynching of the murderers of a popular local man occurred. Made at the time of the Nazi uprising and just after Fritz Lang had escaped Germany, the film had a strong political tone. This was his first film in America. In the card are Sylvia Sidney and Walter Abel. The original story by Norman Krasna was nominated for an Academy Award. All original paper from this film is quite rare. Numerous scattered pinholes in borders, VERY GOOD-FINE.