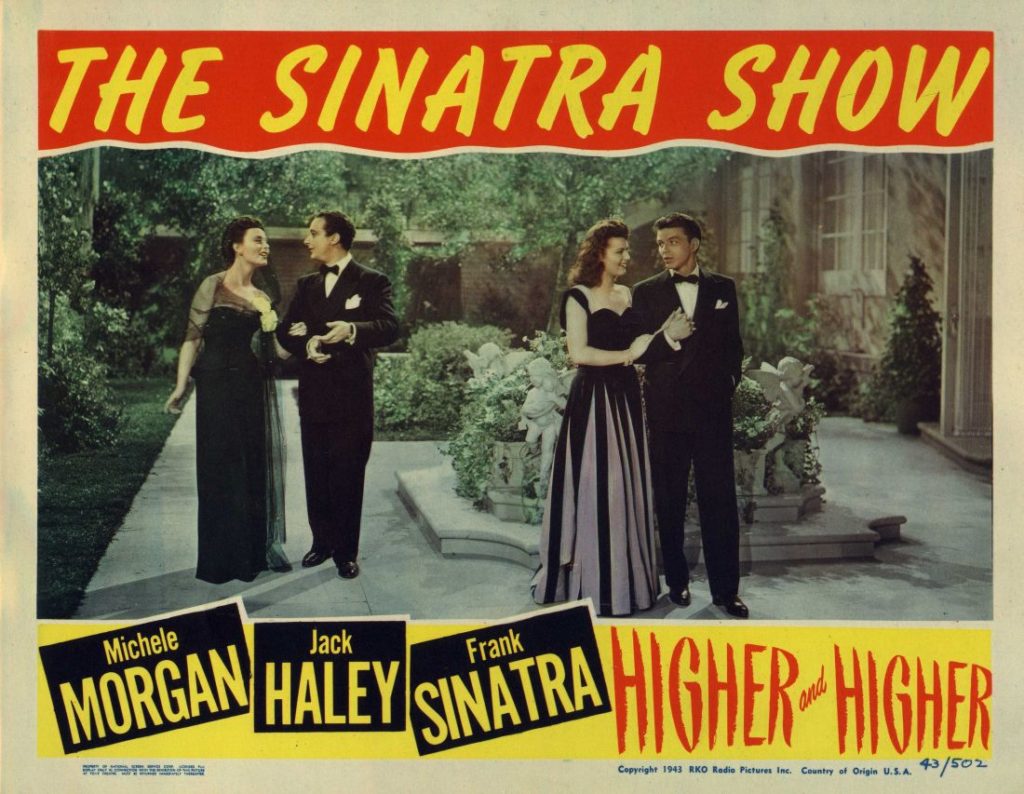 This film served mostly as the debut star vehicle for Frank Sinatra. He had played cameos in a few previous films, but RKO bought the title of the Rogers and Hart Broadway show to feature him. The title was about all they retained, tossing out all but one of the original songs and having new ones written by Jimmy McHugh and Harold Adamson (one of their songs received an Academy Award nomination). Sinatra played himself. At the time he was the heart throb crooner to the bobby soxer crowd, and the film gave him little more than to be just that — and, as the cards announce, it surely was “The Sinatra Show.” A success for all, it gave some other very talented music and comedy performers time to shine, including Victor Borge, Mel Torme and Dooley Wilson.

In this garden scene he has Barbara Hale on his arm, while Victor Borge has Michele Morgan on his. FINE.