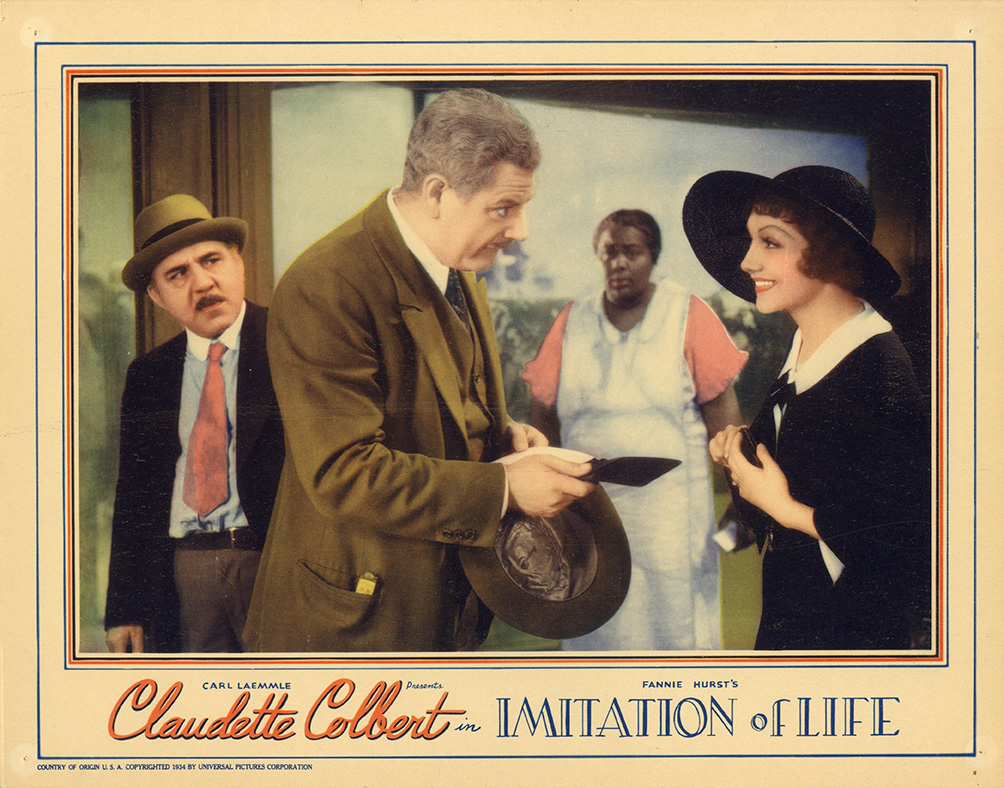 This is one of the great American films of the 1930s, and it is still not as well known as it deserves to be — because it has undeservedly been forgotten due to the great 1959 remake by Douglas Sirk. In fact, both films are classics, though markedly different. Stahl’s film is a melodrama about two single women, one white, one black, and both of them widowed with a young daughter, who forge a profound bond and create a business for themselves in the depths of the Depression, surrounded by an entirely male-dominated world.

“IMITATION OF LIFE… seemed almost too painfully frank in its own time, now survives as a truer testament to the ineradicable racism of American life than most white Americans care to acknowledge.” (Andrew Sarris, You Ain’t Heard Nothing Yet: The American Talking Film, History and Memory 1927–1949, p. 309.)

Despite the fact that Louise Beavers is a central character in the film, she only appears in one of the film’s lobby cards — this one, a famous scene in which the Claudette Colbert character successfully haggles with businessmen to give her credit to open a restaurant on the Boardwalk in Atlantic City (despite the fact that she has no money and no collateral). Beavers hovers in the background of the image, almost as if she is a stander-on. This seems very apt because in the story, Colbert is using Beavers’ family recipe for pancakes, but it is she who receives all the credit as the company becomes a great success.

This card is very uncommon, and this is the only example of it that I have seen which is in nice condition.