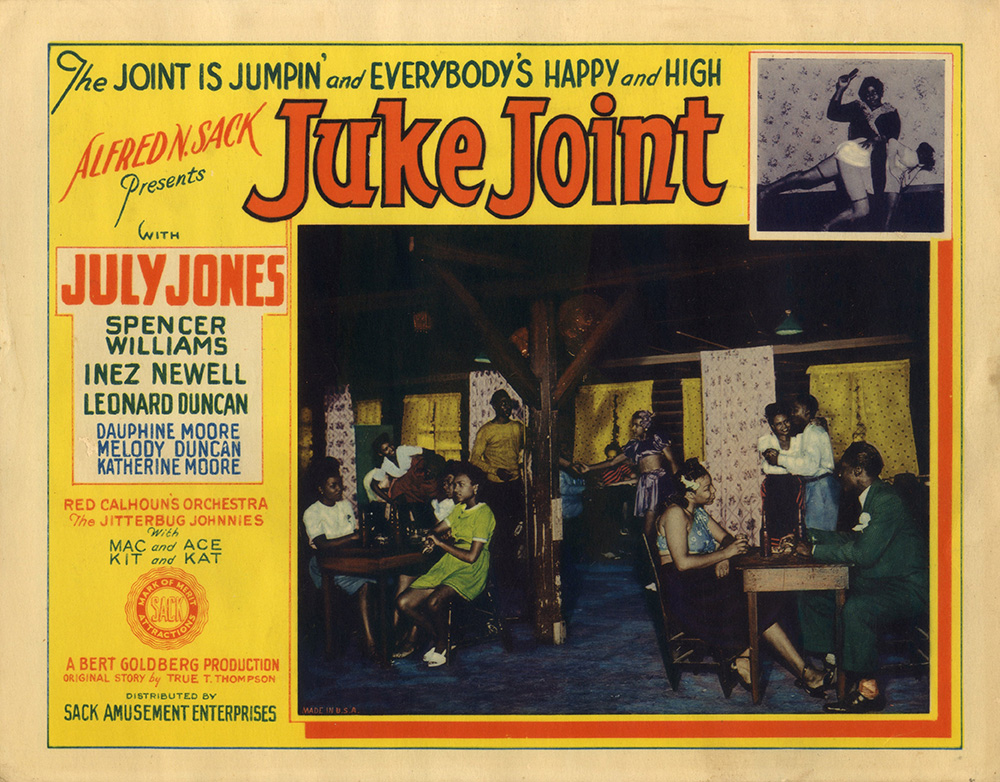 Although Williams has been best remembered for his performance in the lead role of Andy Brown on the groundbreaking TV series Amos n’ Andy (1951-1953), he had a long career long before that, as a film actor, and as one of the very earliest African American movie directors.

“Williams’ work as a filmmaker came under reassessment in the 1970s. Along with Oscar Micheaux, he remains one of the pioneering black directors, who, no matter what his stylistic and technical flaws and deficiencies, was devoted to personal filmmaking.” (Bogle, p. 485.)

“This race movie is much like old-time ethnic theater, a series of skits and routines connected here by a plot which gives each actor a chance to showcase his/her particular talent or attitude… By most standards, this might be considered an atrocity of a picture but JUKE JOINT’s got spirit and some kick and punch.” (Bogle, pp. 123-4.) Minor toning, NEAR FINE.