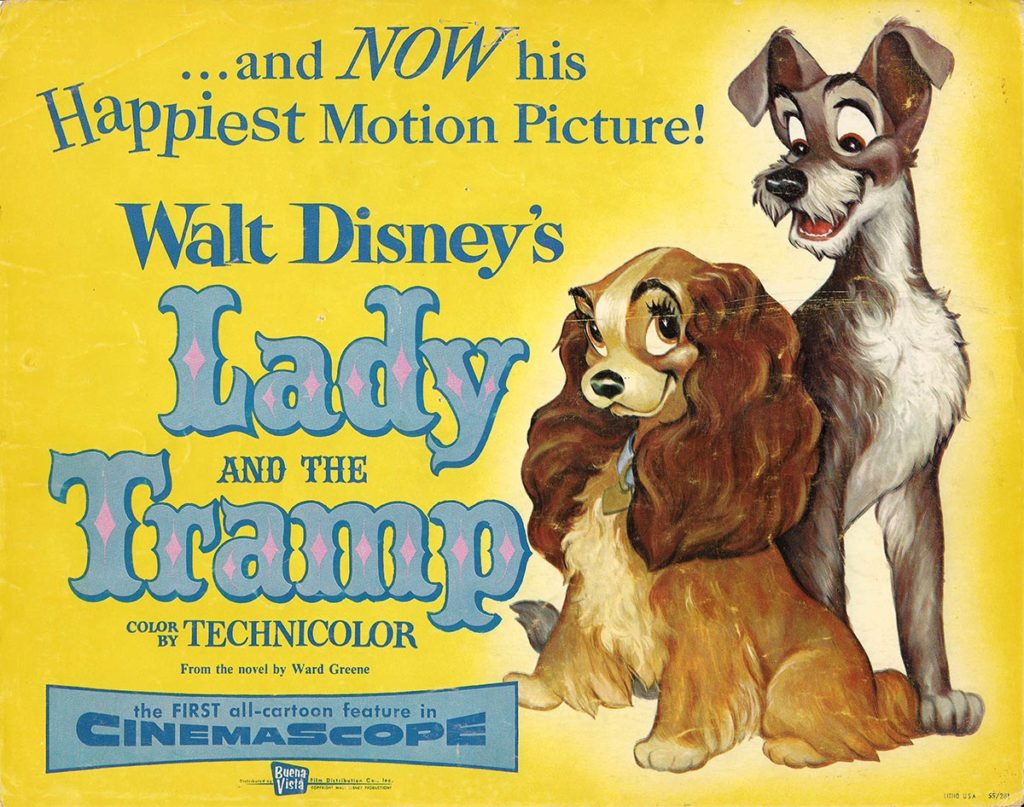 One of Disney’s finest classics, and the first animation film to be presented in Cinemascope. The process and ideas for making this feature went back to 1937 and it was one of the few original stories developed by the studio (Ward Green turned his screenplay into a novel while the film was in production). Peggy Lee contributed the wonderful songs, her singing and several voice characterizations.

A brightly colored glossy paper card. There is a light crease near the top left corner and very minor creases to the other corners. There is some horizontal scratching across Lady’s head which continues into Tramp’s chest. A few staple and pin indentations around the word “NOW” at mid top of the card, VERY GOOD-FINE.