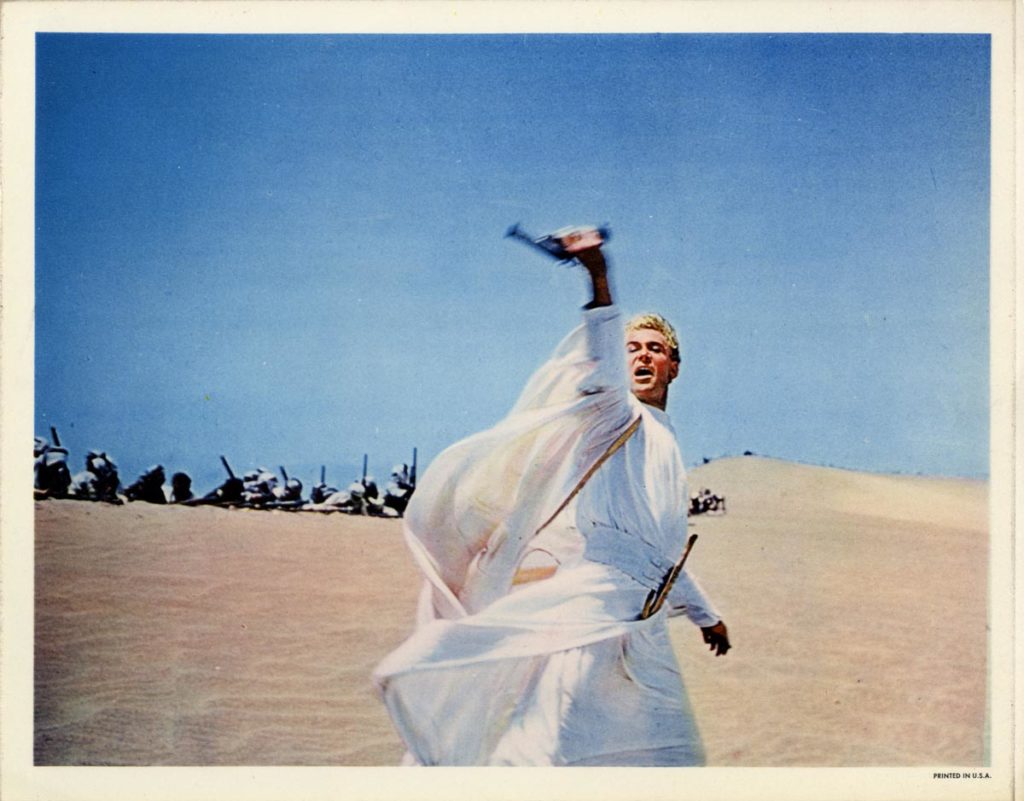 Vintage original 11 x 14″ (28 x 35 cm.) roadshow lobby card, USA. Peter O’Toole, Alec Guinness, Anthony Quinn, Jack Hawkins, Omar Sharif, Jose Ferrer, Anthony Quayle, Claude Rains, dir: David Lean. Outstanding piece for this epic Academy Award winning film. The film told the story of the journey of the flamboyant and controversial British military figure and his conflicted loyalties during his service in World War I. To this day the film is considered flawless in script, production, art direction, editing, acting and technical achievements, all for which it either was nominated for or won the Academy Award. Filmed entirely on location, there were two years of pre-production work and 14 months of filming. Made with a budget of about 15 million dollars, today it would cost nearly 300 million.
This roadshow lobby card on glossy paper depicting Peter O’Toole as T.E. Lawrence leading this troops across the desert was issued for the first release of the film in late-1962. This is the single most iconic image from this film. There is a vertical registration line in blank right margin of otherwise perfect card, FINE.