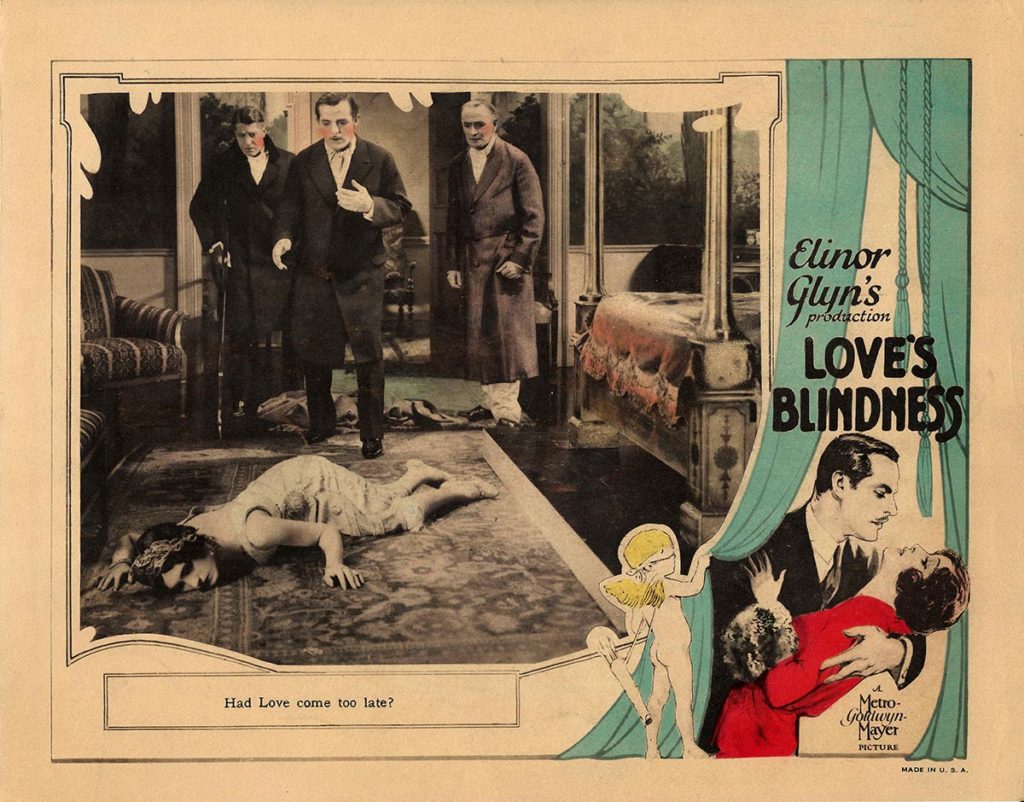 Vintage original 11 x 14″ (28 x 35 cm.) lobby card, USA. Pauline Starke, Antonio Moreno, Lilyan Tashman, Sam De Grasse, dir: John Francis Dillon; Metro-Goldwyn-Mayer. One of the few lost MGM films, with only a fragment known to exist, it is based on an Elinor Glyn novel, she one of the literary voices of the 1920s. The story involved an arranged marriage between a British nobleman and a Jewish girl in order to settle a debt.

The main image features a dramatic moment in the story with Pauline Starke and Antonio Moreno, who are also featured in the right side border art. A nice example of the art of the MGM lobby card of the silent era. A very clean card with some border touch up / restoration, NEAR FINE.