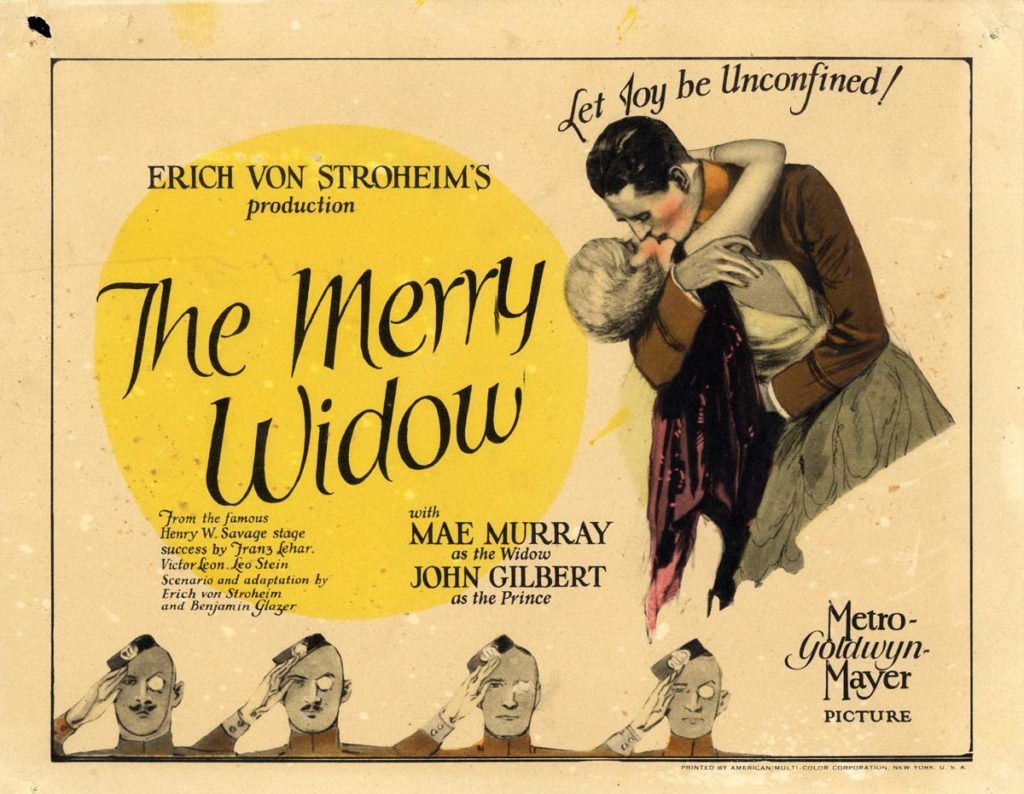 Vintage original 11 x 14″ (28 x 35 cm.) title lobby card, USA. Mae Murray, John Gilbert, Roy D’Arcy, Tully Marshall, dir: Eric von Stroheim; MGM. A classic silent film and one of the best of the genre. Also one of the most notorious because of its tempestuous production. A prince must woo a wealthy widowed dancer in order to keep her money in the country. Based on the Franz Lehar operetta and trotted out twice more in later years by MGM, the problems Stroheim caused in production, particularly with star Murray (whose temper was equal to his) and with executive Irving Thalberg, were such that this would be the last film he would direct for MGM. One of the most expensive and decadent films of the silent era, and orgy scene had to be severely cut for censorship reasons. Shot in 1924, Joan Crawford and Clark Gable reportedly appeared as extras.
The card has a large pin hole at the top left corner which has been reinforced with archival tape on the verso. There are pin holes at the right and bottom left corners as well as a chip to the bottom left corner. There is light spotting and smudging over all the card. VERY GOOD.