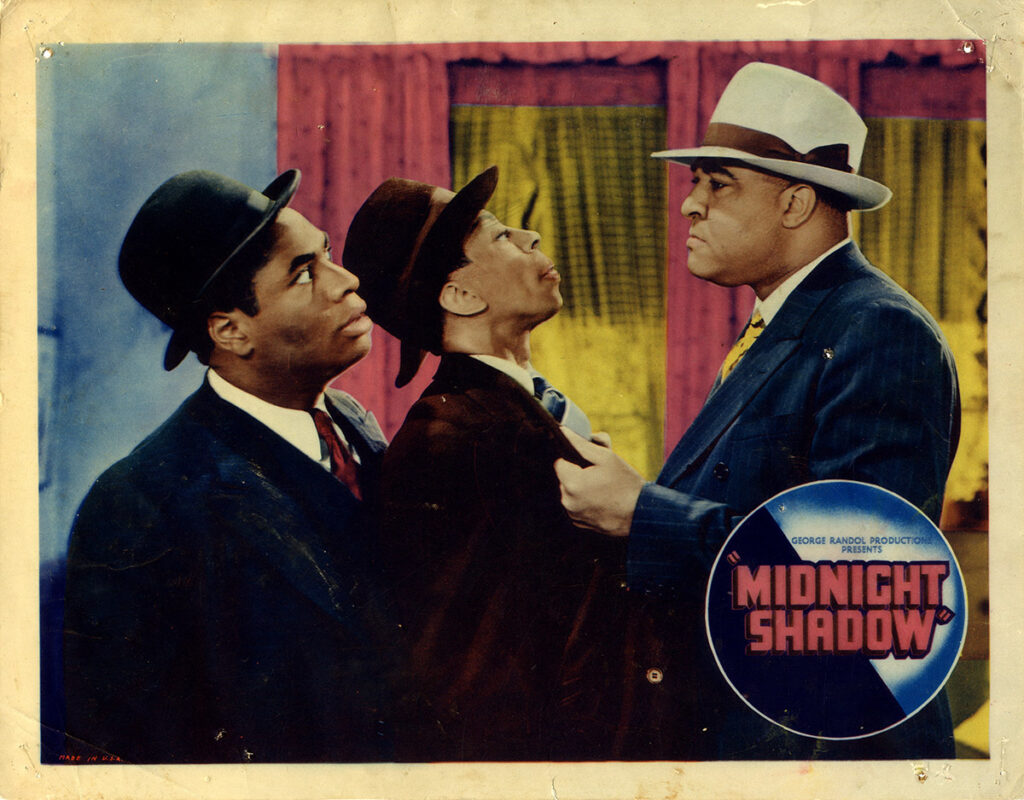 George Randol was an African American actor who produced four features, of which this was his last. He was one of a few African Americans to produce Black cast movies. MIDNIGHT SHADOW is a Black cast detective comedy, starring Frances Redd, Edward Brandon and Clinton Rosemond.

In this scene, a big man is menacing two more slender guys. Any paper from this film is exceedingly scarce.