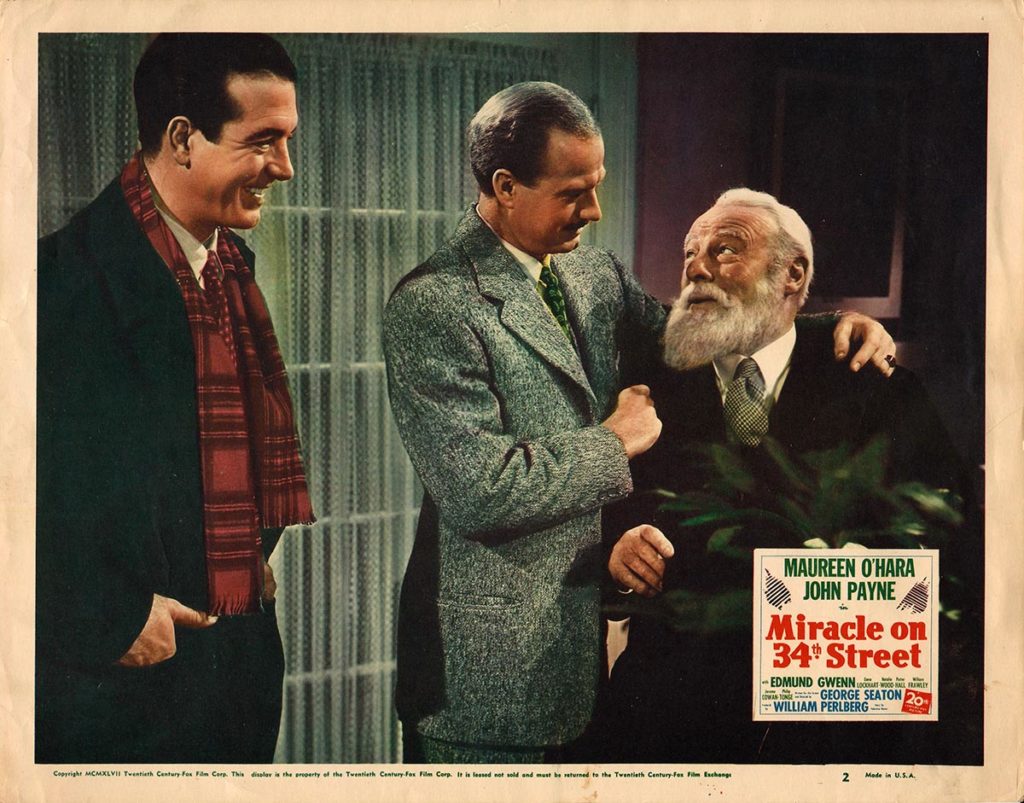 Vintage original 11 x 14″ (28 x35 cm.) lobby card no. 2, USA. Maureen O’Hara, John Payne, Edmund Gwenn, Natalie Wood, Gene Lockhart, Porter Hall, William Frawley, Jerome Cowan, dir: George Seaton; Twentieth Century Fox. The film was shot on location in New York City during late-1946, including at the Macy’s and Gimbel’s department stores. The actual Thanksgiving Day Parade of 1946 was shot for the film and actor Edmund Gwenn was the official Santa of the Parade. He officiated at all the parade events while allowing footage for the film. This adds to the wonderful believability of the picture.

Nominated for best picture, the film’s outstanding achievements of writing for original story and screenplay, and Gwenn’s superb performance won Academy Awards. Surprisingly studio chief Daryl F. Zanuck had reservations about the film and released it in May 1947 when he felt more people went to the movies. The Fox publicity department was set in motion with the challenge of NOT revealing it to be a Christmas movie. Macy’s was so pleased with it that they allowed their staff a half day off to attend the New York opening of the film.

In card no. 2 are John Payne, James Seay and Edmund Gwenn. There is one pinhole near top right corner, minor creases to the four corners, slight wear at borders, ABOUT FINE.