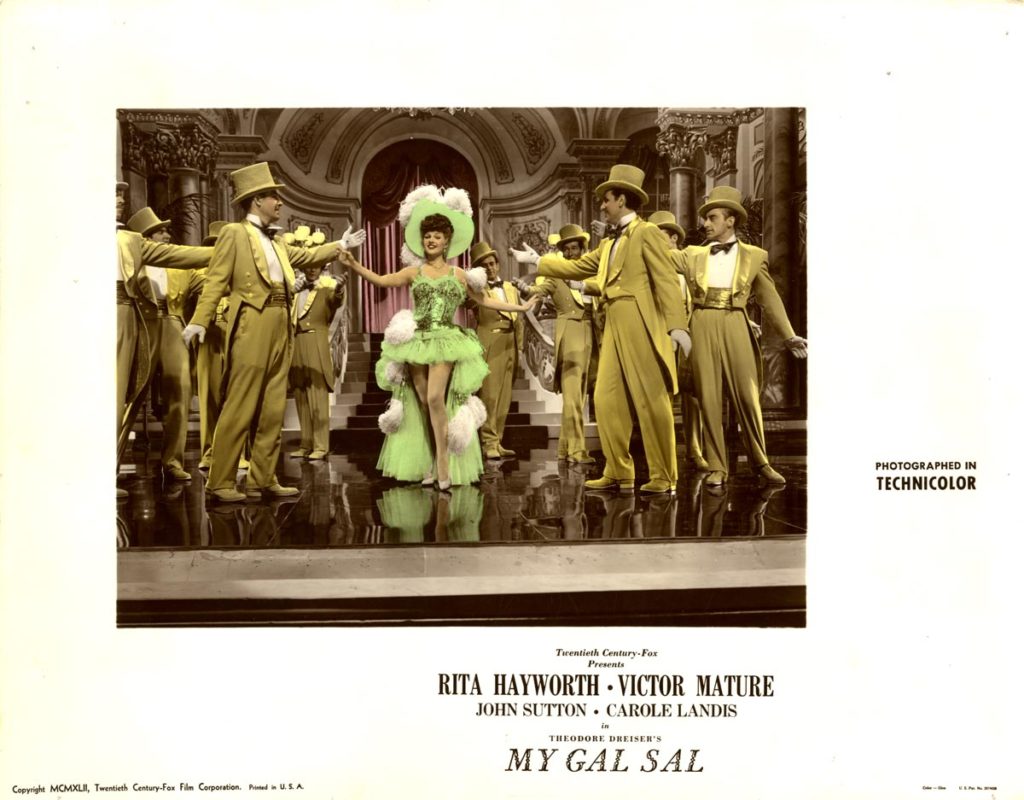 Vintage original 11 x 14″ (28 x 35 c.) Color-Glos lobby card, USA. Rita Hayworth, Victor Moore, John Sutton, Carole Landis, James Gleason, Phil Silvers, Walter Catlett, dir: Irving Cummings; Twentieth Century Fox. Though Hayworth had moved to permanent residency to Columbia Studios, Fox borrowed her to play the lead in this smaller musical once Alice Faye announced her pregnancy. It is the fictionalized biography of an egotistical song writer of the Gay Nineties (if you can imagine Victor Mature as a composer, he was cast in this film as composer Paul Dresser), his climb up the social ladder, and his romance with a song and dance lady of the day. Rita danced with Hermes Pan and wore some very cute costumes by Gwen Wakeling. There were vintage songs (as performed by Rita and chorus boys in scene on this card) and most of all, brilliant Technicolor. The script was based on Theodore Dreiser’s story “My Brother Paul.” There was an Academy Award for the color art direction. NEAR FINE.