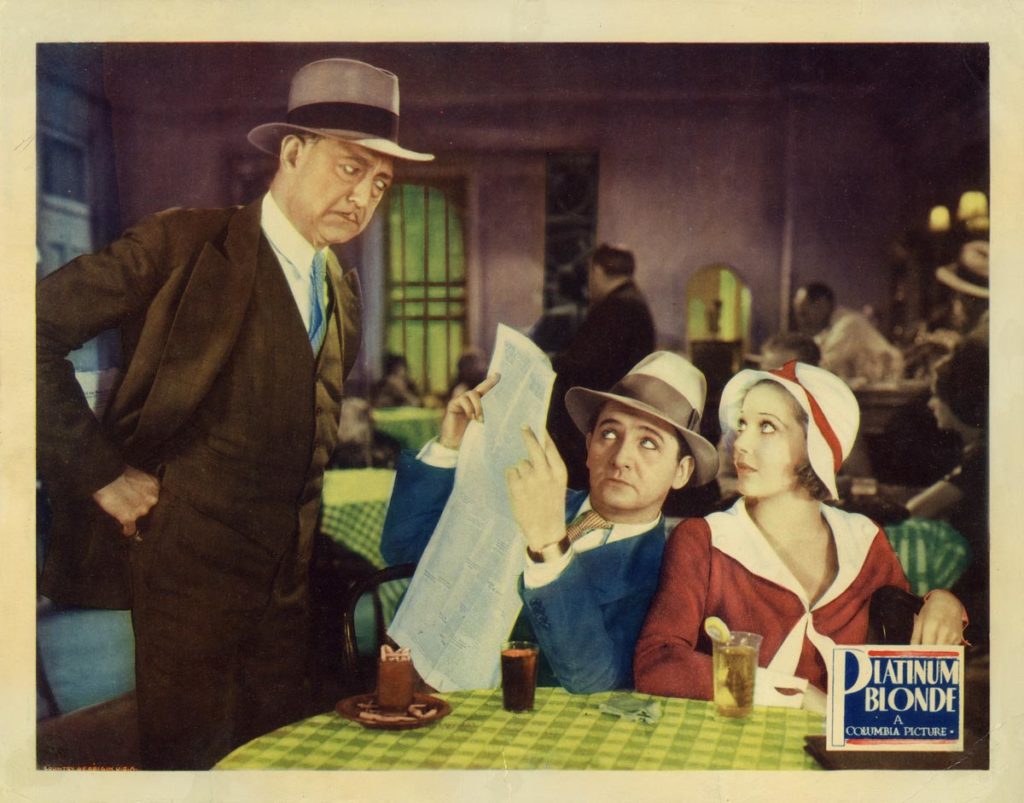 Vintage original 11 x 14″ (28 x 35 cm.) lobby card, Columbia. Loretta Young, Jean Harlow, Robert Williams, Haliwell Hobbes, Reginald Owen, dir: Frank Capra. Though not the star, this legendary film is closely associated with Jean Harlow. She would forever be known as the platinum blonde. In this story she was a rich socialite (Anne Schuyler) who marries a reporter Stew Smith (Williams). Both feel the other must change their live style to fit their own. Girl reporter Gallagher (Loretta Young) is in love with Smith, and of course they are more suited to each other. Actor Williams stole the film from the ladies and would have become a continued Capra actor had he not died three days after the film opened, age 34 of appendicitis. Of interest today are the steamy Pre-Code love scenes between Williams and Harlow and Capra’s handling of the actors and their bits. Beautiful rich saturated colors dominate this card.
In this scene, Edmund Breese as Conroy the editor catches up with fellow reporters Gallagher (Loretta Young) and Stew (Robert Williams) as they have iced tea in a cafe. ABOUT FINE.