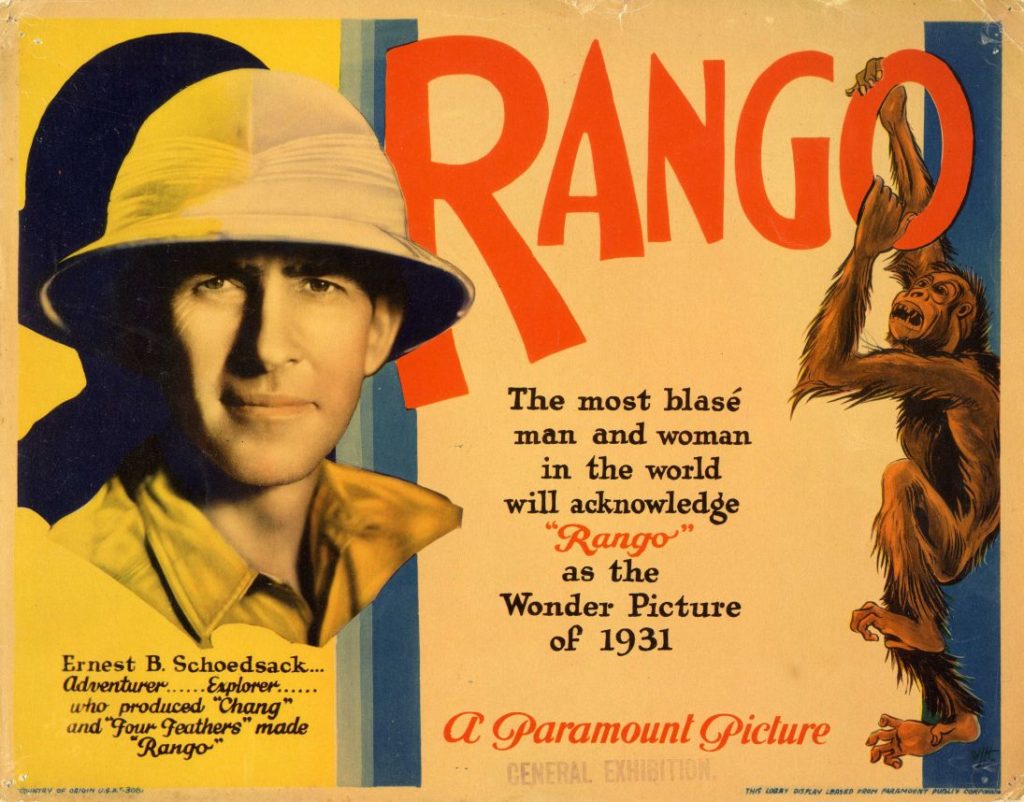 Vintage original 11 x 14″ (28 x 35 cm.) lobby card, USA. Claude King, Rango, Douglas Scott, dir: Ernest B. Schoedsack; Paramount. One of the wonderful documentary-style narrative films which writer/director/producer/cinematographer Ernest B. Schoedsack made prior to his horror fantasy, KING KONG (1933), and one which tells us just how “autobiographical” the Kong story actually was. Shoedsack and company traveled to the jungles of Achin in northwest Sumatra, Indonesia (as did the crew on the Kong voyage), to film. He used native tribes and the story of how man must treat the orangutan with respect and be friends, the story framed by a father telling his son a story about this. This linen-finish card features a portrait of Ernest B. Schoedsack and is a great tribute to him. There is a “GENERAL EXHIBITION” stamp in a faint blue ink at middle bottom, some scattered pinholes and other light marginal wear, NEAR FINE.