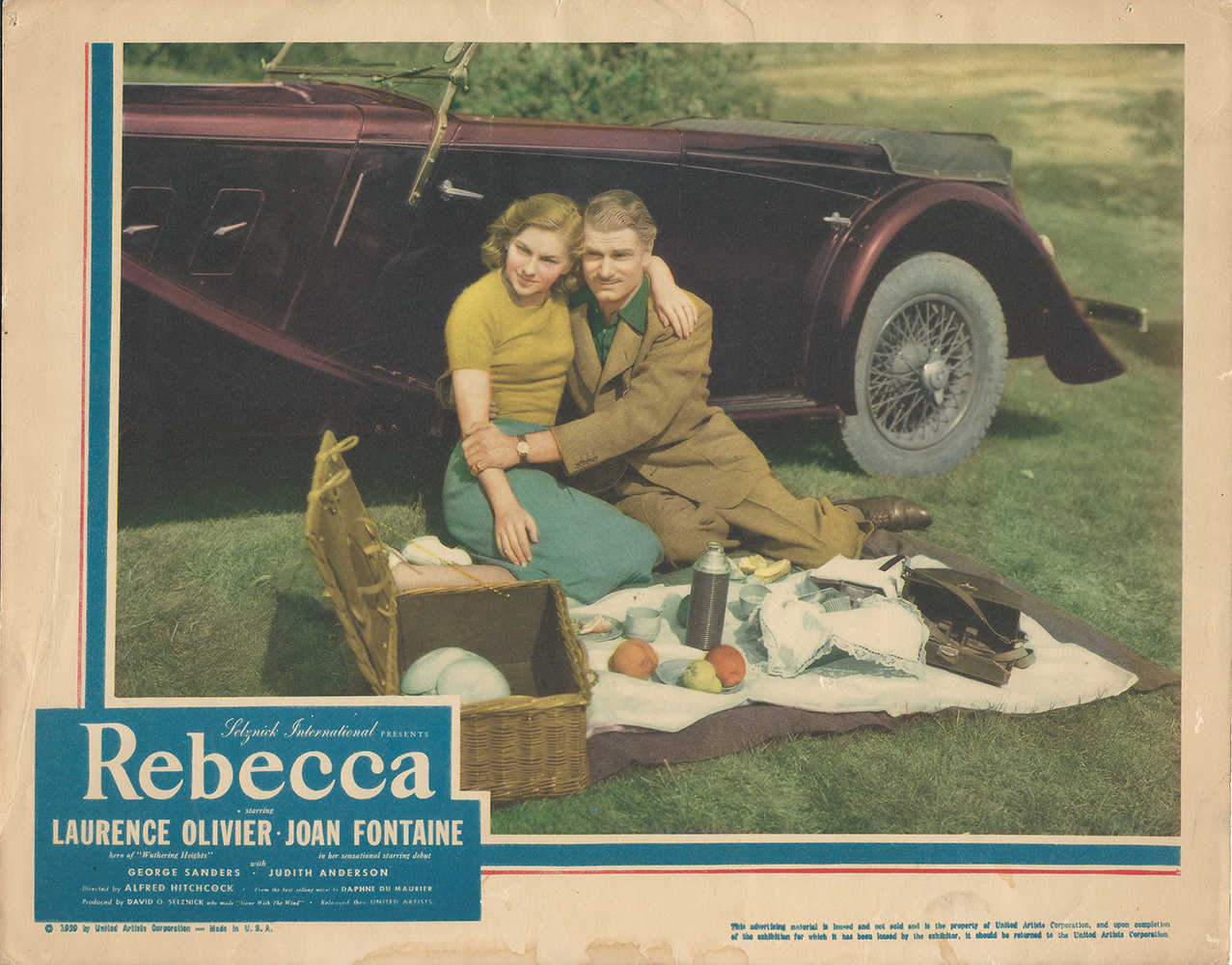 Vintage original 11 x 14” (28 x 35 cm.) lobby card, USA. Laurence Olivier, Joan Fontaine, George Sanders, Judith Anderson, Nigel Bruce, Reginald Denny, C. Aubrey Smith, Gladys Cooper, Florence Bates, dir: Alfred Hitchcock; Selznick International Pictures. The wonderful Daphne Du Maurier novel about a shy young woman, companion to a stuffy matron, who meets the wealthy and glamorous Max de Winter, has a whirlwind romance and marries him only to move into his sprawling mansion, Manderlay, where mystery and intrigue abound, as does a strange loyalty to the former Mrs. de Winter, who seems to have died under unusual circumstances. It was just the diversion the world wanted as it went to war, and the film won the Academy Award for best picture. It would be the only time a Hitchcock film would win this award. It was the first time Hitchcock worked with micromanaging David O. Selznick. Hitchcock, who also contributed to the writing of the script, used his technique of editing in the camera so as no one could change his intent. So fed up with Selznick was Hitchcock by 1947 that he left to work under other studios production companies, and for a few years, during the late 1940’s and early 1950’s, made his films with Warner Brothers. This card depicts a happy moment in the couples courtship, before they marry and venture back to the foreboding Manderlay. Lobby cards from this title are rare. This one has some water staining at the middle bottom section in the blank white margin area. Pin holes at the top two corners, and the card exhibits light trimming. Bright color. VERY GOOD+.