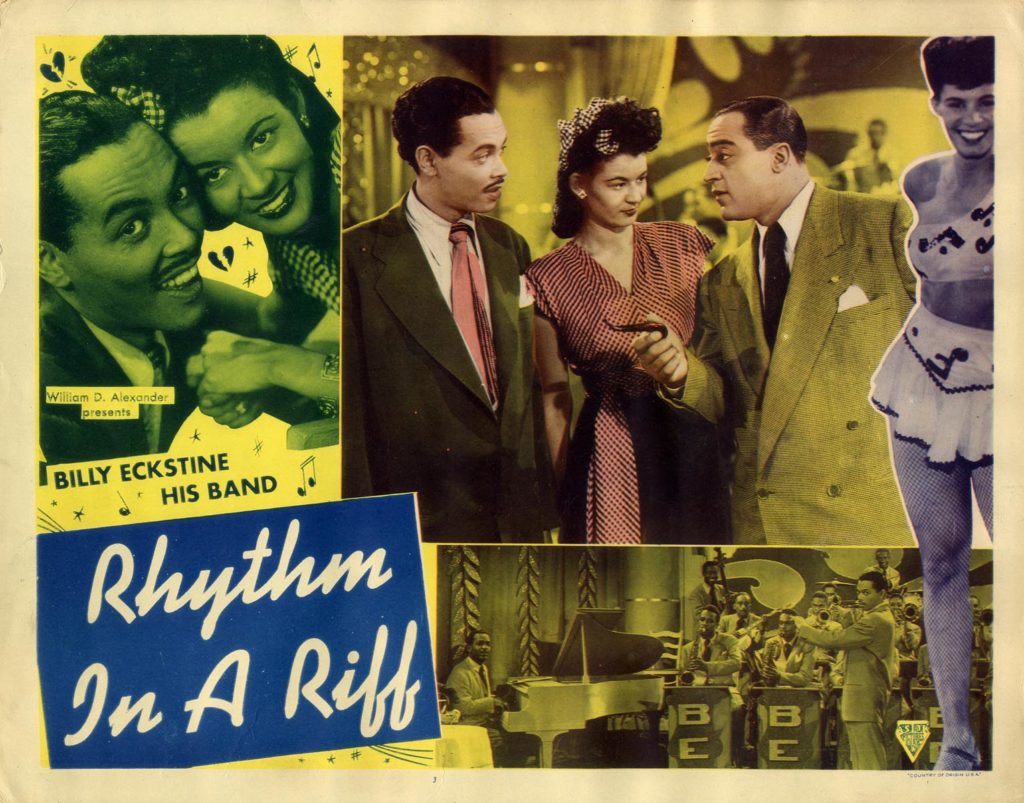 Vintage original 11 x 14″ (28 x 35 cm.) lobby card no. 3, USA. Billy Eckstine, Babe Wallace, Ray Moore, Sarah Harris, Ann Baker, Garfield Love, Hortense Allen, Producer: William Alexander; Astor Pictures. Not only is this an extremely rare card, but the film itself is nearly impossible to view. It was made in 1945 as a short made up of musical acts, the entire film lasting less than 30 minutes and with a slight plot. Billy Eckstine played Billy Martin, whose band is rebelling against him for a lack of playing gigs. He scores an audition with Joe Corwin (“Babe” Wallace) who needs a new act for his club. Billy falls for Joe’s companion Helen and the band makes a huge success with Billy’s hit song “Rhythm in a Riff”. The rest of the film consists of the various great African American song artists who each do a number.
A year after its initial showing (with actual limited release), the film was broken down into various three-minute “soundies” (consisting mostly of the musical acts) which would be played on Panorama visual jukeboxes. Since there were a dozen numbers packed into the short, this made for quite a variety.
Billy is featured as vocalist with his trademark scatting on the title song. As the title card states, the film was “Produced by Associate Producers of Negro Motion Pictures Inc.” It is unlikely that the full version of this film exists. Very minor handling, very clean card. ABOUT FINE.