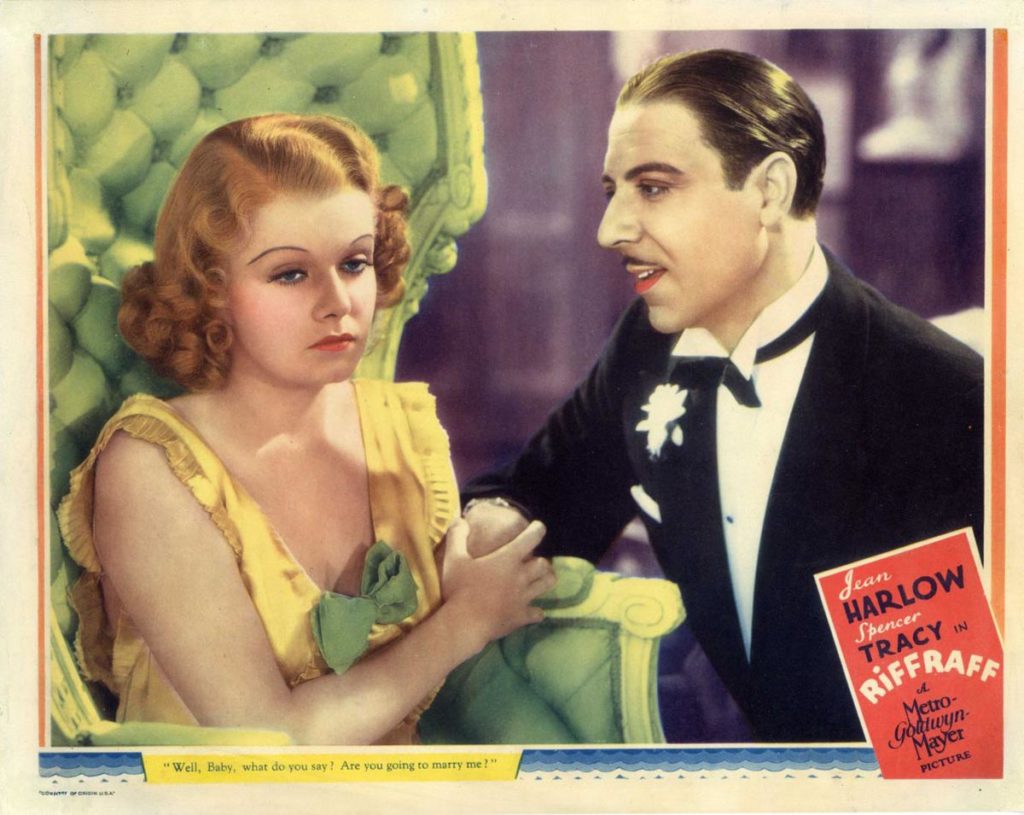 Vintage original 11 x 14″ (28 x 35 cm.) lobby card, USA. Jean Harlow, Spencer Tracy, Una Merkel, Joseph Calleia, Mickey Rooney, dir: J. Walter Ruben; MGM. A departure for Jean Harlow from her later film period in which she was allowed to explore several genres and characterizations. Here she played Hattie, a girl who lives in a waterfront cottage with her married sister and children and works in a tuna canning factory for Joseph Calleia (on this card with Harlow). Hattie has a love/hate relationship with Dutch (Spencer Tracy) and they become a bickering married couple.
The title referred to Tracy’s unsympathetic and conceited character. Though she played a factory worker, Harlow was still allowed her (this time red haired) glamorous look with gowns by Dolly Tree as evidenced in this card in which Hattie is being wooed by her boss. Corner pinholes professionally filled-in, otherwise extremely clean, NEAR FINE.