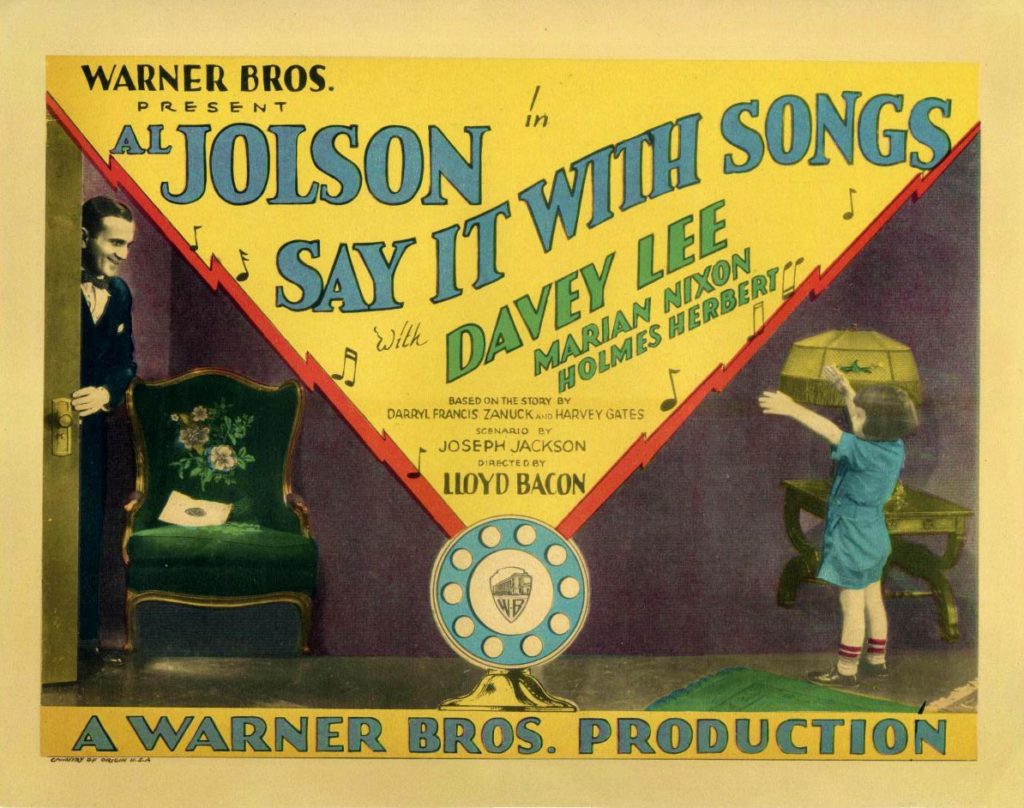 Vintage original 11 x 14″ (28 x 35 cm.) title lobby card, USA. Al Jolson, Davey Lee, Marian Nixon, Holmes Herbert, dir: Lloyd Bacon; Warner Brothers Vitaphone. An early All Talking, All Singing vehicle for showman Al Jolson. Moving away from his minstrel show image, he played a happy-go-lucky radio singer who has a problem with gambling and drinking. The radio microphone is ingeniously incorporated into the title treatment here. In the film Jolson performed a song which became one of his standards, “Little Pal.” Little pal was played by Davey Lee, and, in this card, he is seen at the right. Borders have been professionally touched up, card is unbacked, NEAR FINE.