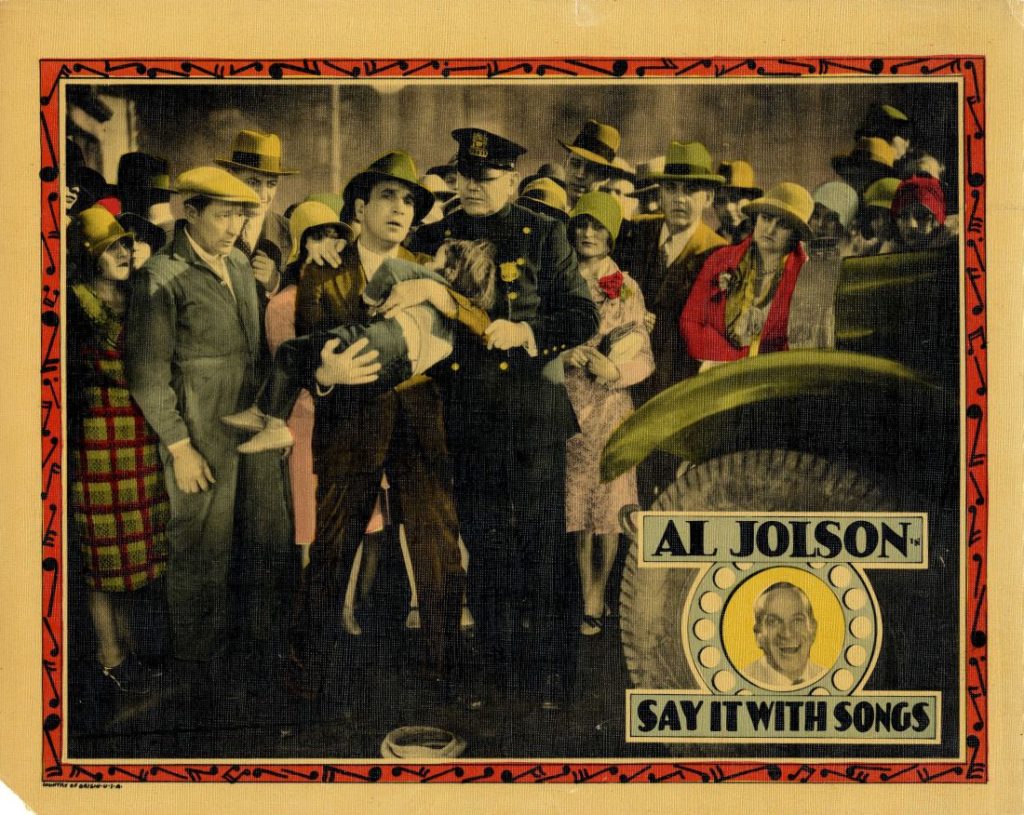 Vintage original 11 x 14″ (28 x 35 cm.) lobby card, USA. Al Jolson, Davey Lee, Marian Nixon, Holmes Herbert, dir: Lloyd Bacon; Warner Brothers Vitaphone. An early All Talking, All Singing vehicle for showman Al Jolson. Moving away from his minstrel show image, he played a happy-go-lucky radio singer who has a problem with gambling and drinking. The radio microphone is ingeniously incorporated into the title treatment here. In the film, Jolson performed a song which became one of his standards: “Little Pal.” Little pal was played by Davey Lee and, in this card, Jolson picks up the child after he has been run into by a car. Linen paper card. One marginal chip, NEAR FINE.