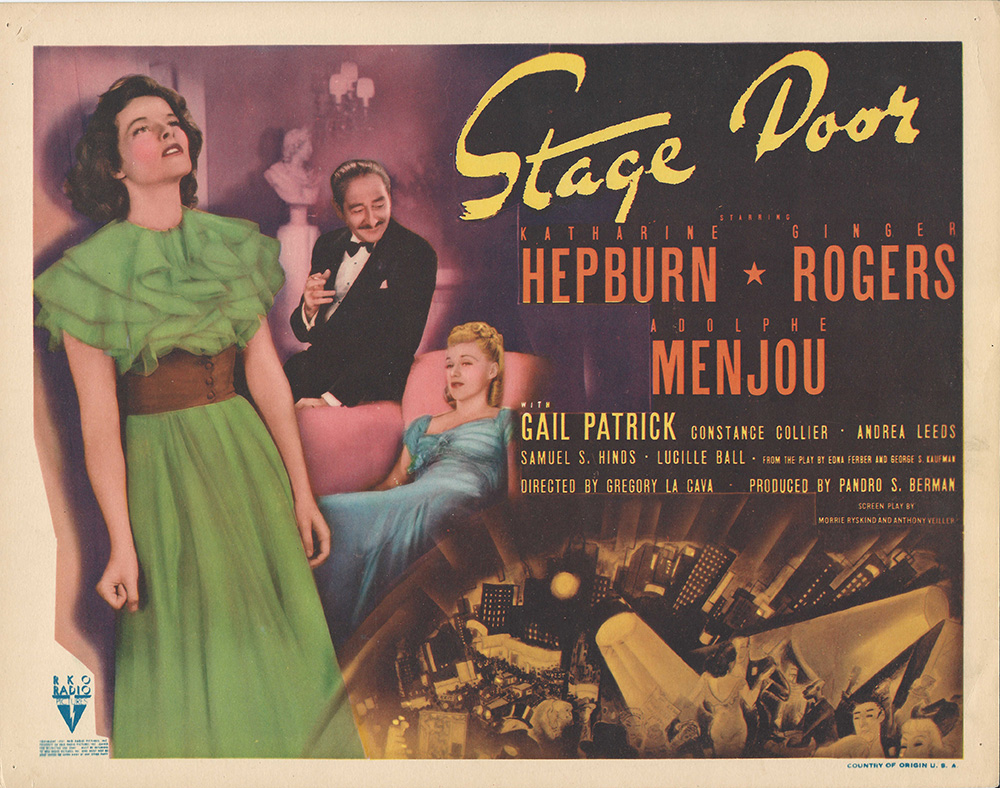 Vintage original 11 x 14” (28 x 35 cm.) title lobby card, USA. Katharine Hepburn, Ginger Rogers, Adolphe Menjou, Gail Patrick, Constance Collier, Andrea Leeds, Ann Miller, Eve Arden, dir: Gregory LaCava; RKO. Rivals in the story and in real life on the RKO lot, Hepburn and Rogers tore up the scenery in this delightful film version of the Kaufman/Ferber play. Much of the ensemble feel of this production was obtained through weeks of improvisation and rehearsal on the boarding room set (studios could afford that luxury then), and much of the film’s final dialogue came from these sessions, and not Kaufman/Ferber nor the screenplay writers Morrie Ryskind and Anthony Veiller. Despite their rivalry, serious actress Terry Randall (Hepburn) has a lot in common with musical actress and hoofer Jean Maitland (Rogers) — as the two actresses had in real life as well. An absolutely stunning, clean card with just one small pin hole at each blank white margin corner. ABOUT FINE.