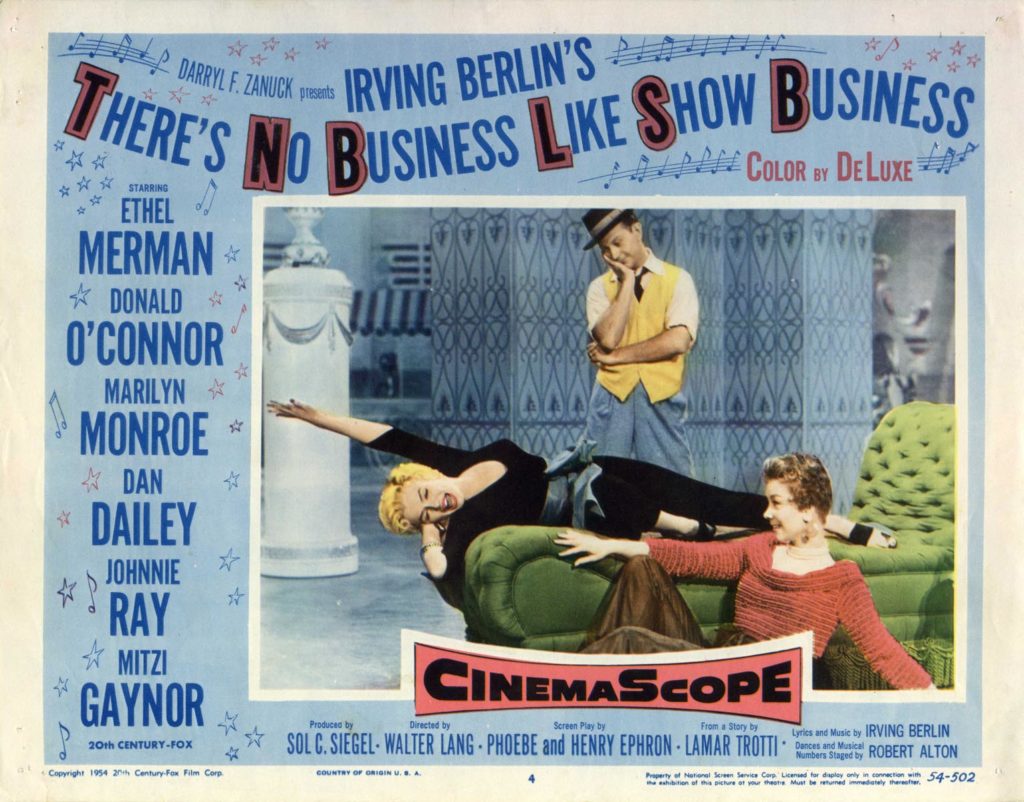 Vintage original 11 x 14″ (28 x 36 cm.) lobby card no. 4, USA. Ethel Merman, Donald O’Connor, Marilyn Monroe, Dan Dailey, Johnnie Ray, Mitzi Gaynor, dir: Walter Lang; 20th Century Fox. Big showbiz epic which utilized the Irving Berlin songbook to best advantage, along with Technicolor and a talented cast.
Three of them are present in this card — Donald O’Connor, Mitzi Gaynor, and Marilyn Monroe. Monroe was promised THE SEVEN YEAR ITCH if she would appear in this film to bolster its box office. She did so, and some of the songs — “Heat Wave” in particular (which she made sizzle), which were to be sung by Ethel Merman or Mitzi Gaynor — were assigned to her. Marilyn made the songs her own. She did so as in this image with the song “Lazy.” There are various pinholes at each of the four corners, otherwise great color and flawless. ABOUT FINE.