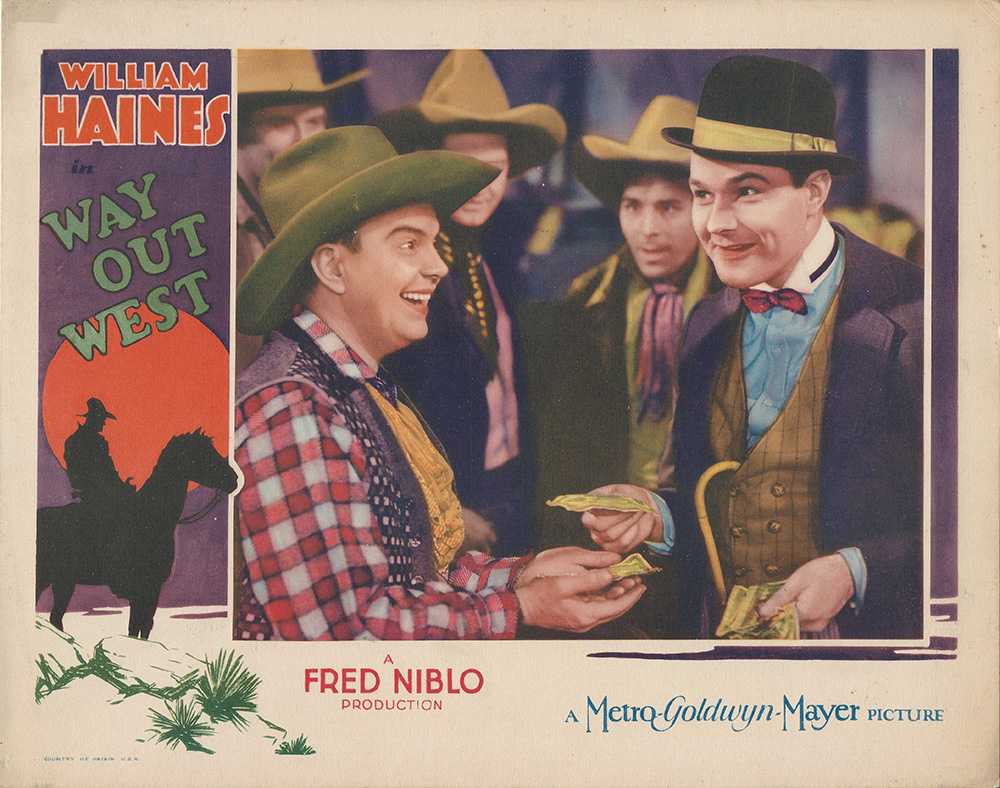 Vintage original 11 x 14” (28 x 35 cm.) lobby card, USA. William Haines, Leila Hyams, Polly Moran, Cliff Edwards, dir: Fred Niblo; Metro-Goldwyn-Mayer. Western border art enhances this colorful card of a scene between Cowboy Cliff Edwards and Carnival Barker William Haines. A Western spoof which relied on Haines brand of brash comedy. An interest in Haines work has had a resurgence thanks to the interest in LGBTQ film history and his being included in Turner Classic Movies tribute to those artists. In Haines’ case, when he would not buckle down to the Hollywood social system of the time, he left film making and became a celebrated interior designer, living life on his own terms. He had been named the number 1 make box-office draw by the end of the silent era. A bit of soil in the blank white margins. ABOUT FINE.