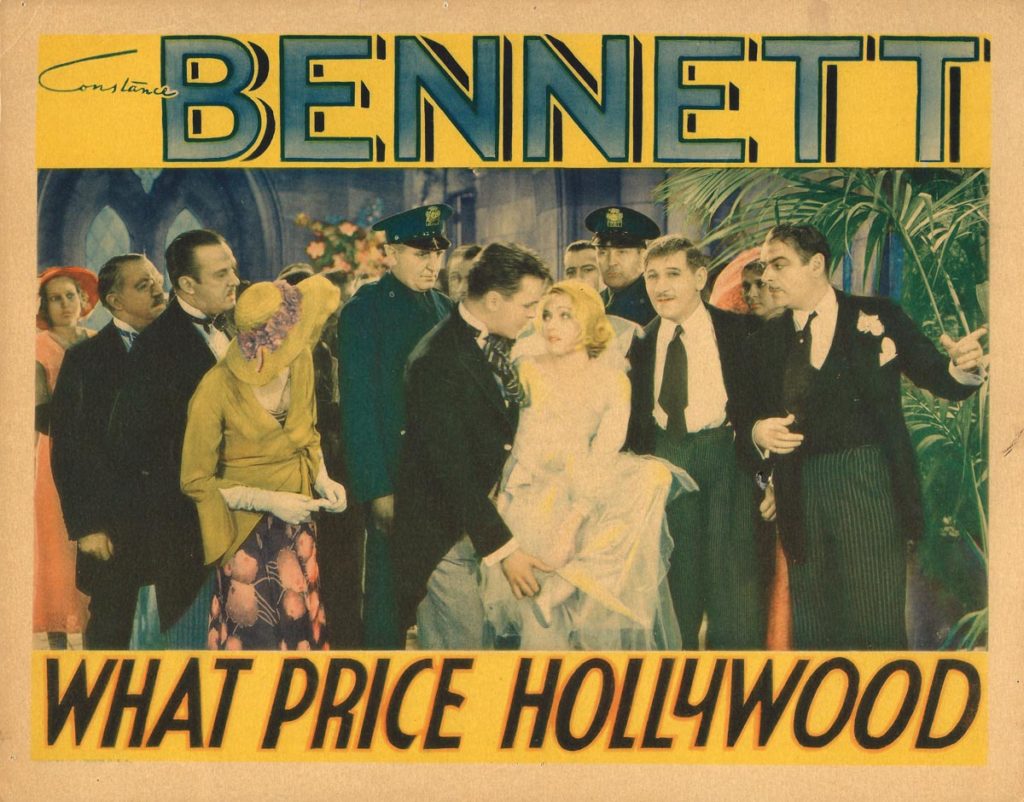 Vintage original 14 x 11″ (35 x 28 cm.) lobby card, USA. Constance Bennett, Lowell Sherman, Neil Hamilton, Gregory Ratoff, Louise Beavers, dir: George Cukor, RKO. The famous predecessor to the A STAR IS BORN legend, re-made three times and here directed by George Cukor, who would make the 1954 version with Judy Garland. In this version, a popular film director whose career is in decline discovers a bright young woman whose career ascends. One thing this version had going for it was the lack of the Production Code, so Bennett was allowed to be saucier than the more wistful Gaynor and Garland characters (in this version named Mary Evans). Lowell Sherman, and actor/director, played a character modeled on himself (he was a known alcoholic), John Barrymore and silent director Marshall Neilan.

In this image, a police-escorted wedding takes place featuring the main players, Hamilton, Bennett, Ratoff and Sherman. There is a slight crease to the top left corner, as well as a pin hole, two pin holes at the center top blank white margin, one at the center bottom margin and one at the bottom left corner. Original story by Adela Rogers St. Johns. NEAR FINE.