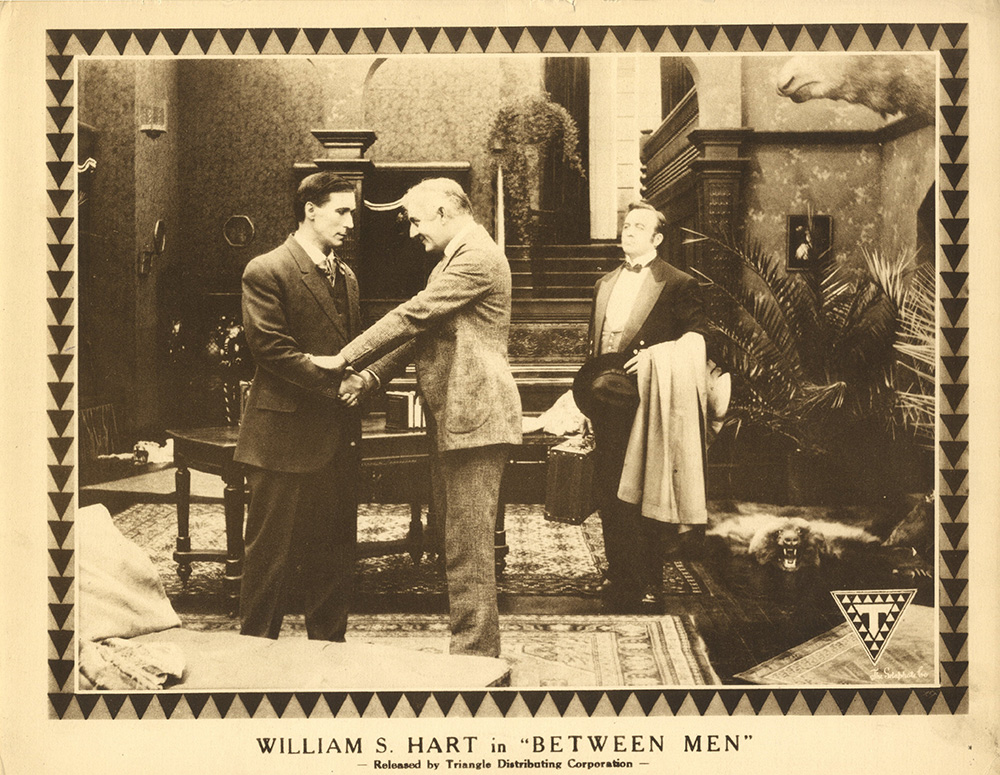 (www.afi.com:) “When wealthy stockbroker Gregg Lewiston begins to financially ruin Ashley Hampdon to force Hampdon to pressure his daughter Lina into marrying him, Hampdon comes across a note from Bob White, a Western mine owner whom Hampdon helped years earlier to recover his fortune, which offers White’s assistance any time and anywhere. After White, responding to Hampdon’s wire, comes to New York, Lewiston’s partner, Rankin, who helped to ruin Hampdon, deceitfully offers to redress the wrong by giving White a tip on the market. With the help of detectives and a dictaphone, White and Hampdon uncover the scheme of Lewiston and Rankin, and win a quarter of a million dollars on the market, while Lewiston is nearly ruined. When Lewiston, at his club, accuses White of trying to buy Lina, who earlier took offense at a remark of White’s, White fights Lewiston, both at the club and later in Lewiston’s apartment. After Lewiston is shot in the arm by John Worth, another enemy, White boards a train for home and is pleasantly surprised to find the contrite Lina waiting for him on the observation platform.”