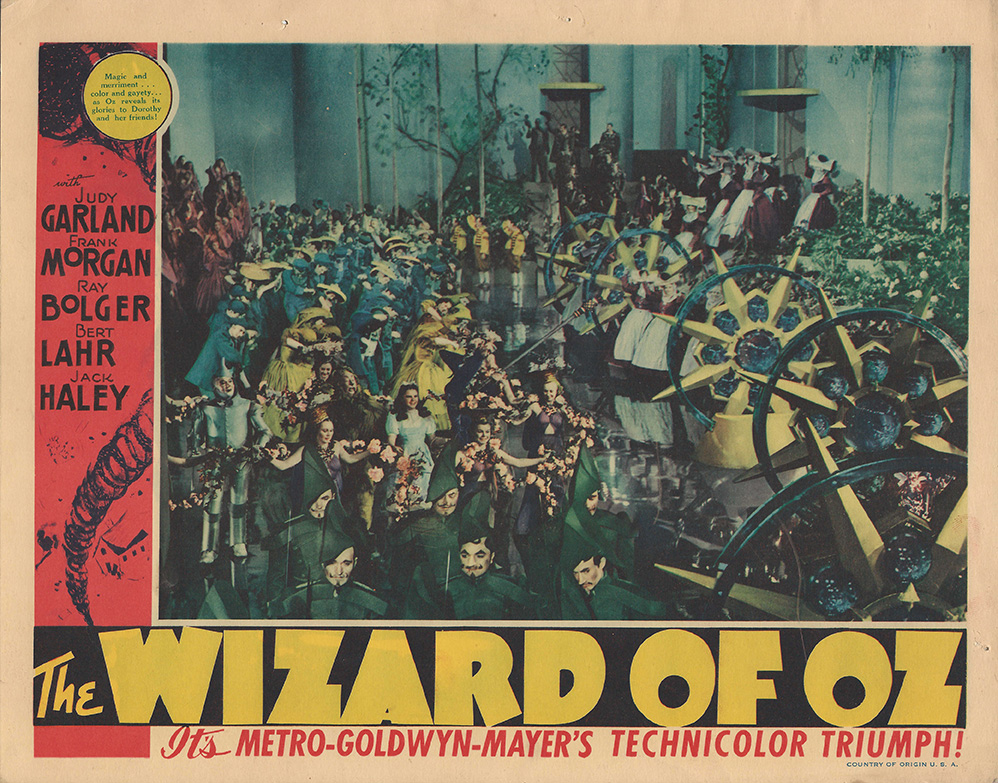 Vintage original 11 x 14” (28 x 35 cm.) lobby card, USA. Judy Garland, Frank Morgan, Ray Bolger, Jack Haley, Bert Lahr, Margaret Hamilton, Billie Burke, dir: Victor Fleming; Metro-Goldwyn-Mayer. A super rare scene is depicted on this lobby card from one of the most famous films of all time. The preview cut of the film included a musical reprise in the Emerald City of the song “Ding Dong the Witch is Dead” when Dorothy and her friends returned from the Witch’s castle. That musical number including the entire Emerald City ensemble was completely cut. This image is from that sequence. Today, the recording for the musical number exists. A fragment of the production number can be seen in the original 1939 trailer for the film. What is great about this card too is that the color is vibrant. The red in the cast title box and along the bottom is dark and vibrant, whereas on many original 1939 cards, this color either fades or was printed light, to begin with.There are two pin holes along the top blank white margin and one along the bottom of the right side margin. Tiny crease at top left corner. Really outstanding. ABOUT FINE.