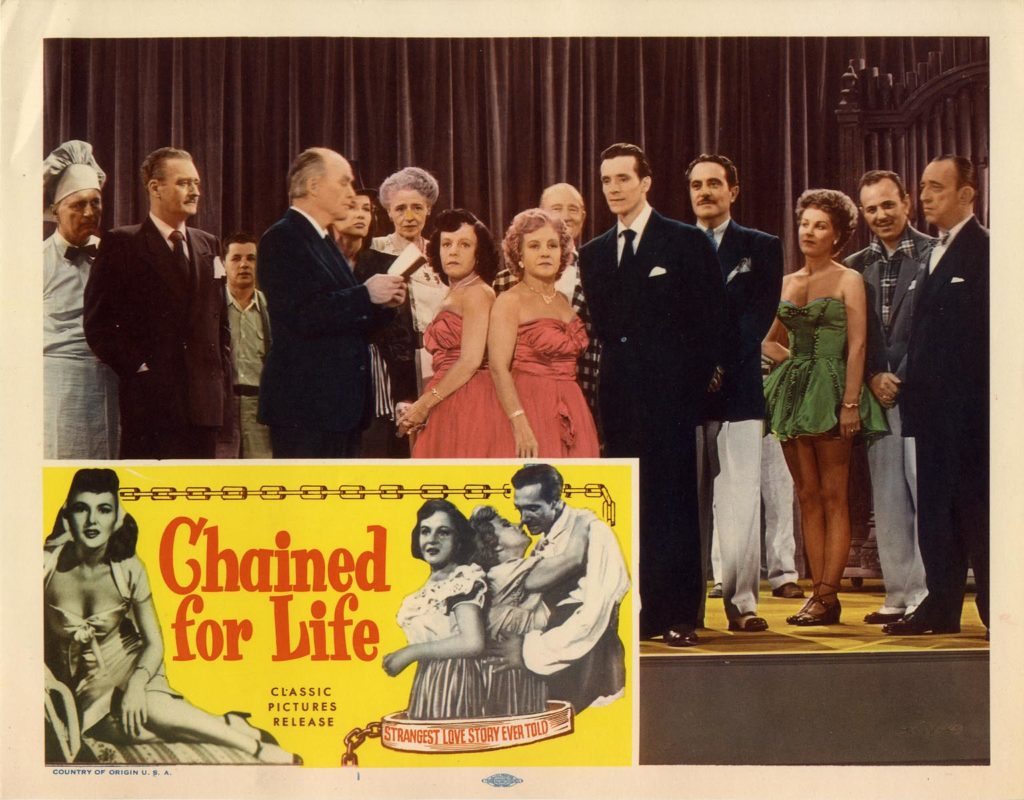 Complete set of eight (8) vintage original 11 x 14″ (28 x 35 cm.) lobby cards, USA. Violet Hilton, Daisy Hilton, Mario Laval, Allen Jenkins, Patricia Wright, Robert Keys, dir: Harry L. Fraser; Classic Pictures.
A very unusual crime melodrama due to the unique characters and players of the story. A Siamese twin kills her sister’s slimy boyfriend. When a court convicts her of murder, the fate of her conjoined sister must be decided. A vehicle for the Hilton sisters, the film contained many vaudeville routines and songs. The girls became widely known after their 1932 appearance in the Tod Browning film FREAKS. The girls, born into poverty in the UK in 1908, were exploited and ill- treated until they took matters into their own hands and became popular vaudeville performers and managed their own careers. Unfortunately, once the days of vaudeville passed, they slipped back into poverty and died together of influenza in 1969.
Cards do not appear to have been used. FINE.