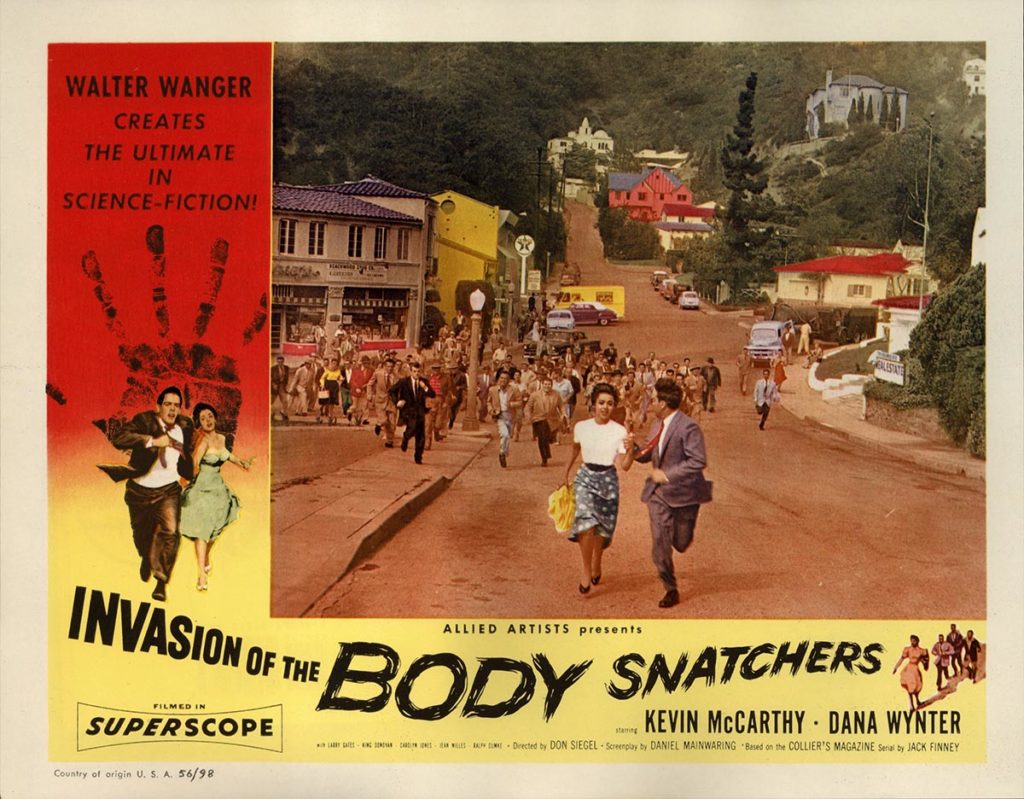 INVASION OF THE BODY SNATCHERS (1956)

“The story depicts an extraterrestrial invasion that begins in the fictional California town of Santa Mira. Alien plant spores have fallen from space and grown into large seed pods, each one capable of reproducing a duplicate replacement copy of each human. As each pod reaches full development, it assimilates the physical characteristics, memories, and personalities of each sleeping person placed near it; these duplicates, however, are devoid of all human emotion. Little by little, a local doctor uncovers this ‘quiet’ invasion and attempts to stop it. The slang expression ‘pod people’ that arose in late-20th century American culture references the emotionless duplicates seen in the film.” -Wikipedia.org

This lobby card set is in extraordinary condition — it is genuinely pristine. FINE.