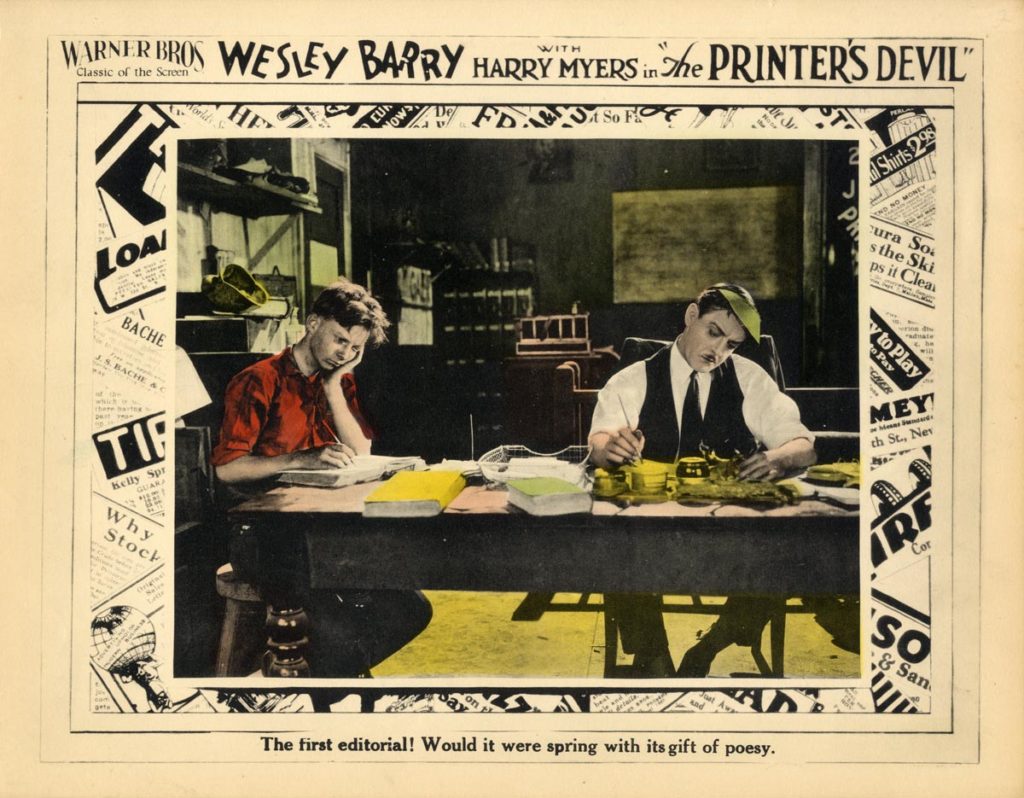 Three (3) vintage original 11 x 14″ (28 x 35 cm.) lobby cards, USA. Wesley Barry, Harry Myers, Kathryn McGuire, Louis King, dir: William Beaudine; Warner Brothers. Melodrama of the period involving a printer who falls in love with a banker’s daughter. When the bank is robbed, the father puts the blame on him until the true robbers are found. Sixteen-year-old freckled-faced Wesley Barry was the star. He would become a well-known assistant director in films and television between the 1940s and 1970s, and continued to act into the 1980s.
Very likely a lost film. Fascinating are the images set in the (what is now) period printing office, and most fun is the border design element of these unique hand-colored images. Except for a bit of soiling in the blank white margins, these cards are in superb condition. FINE.