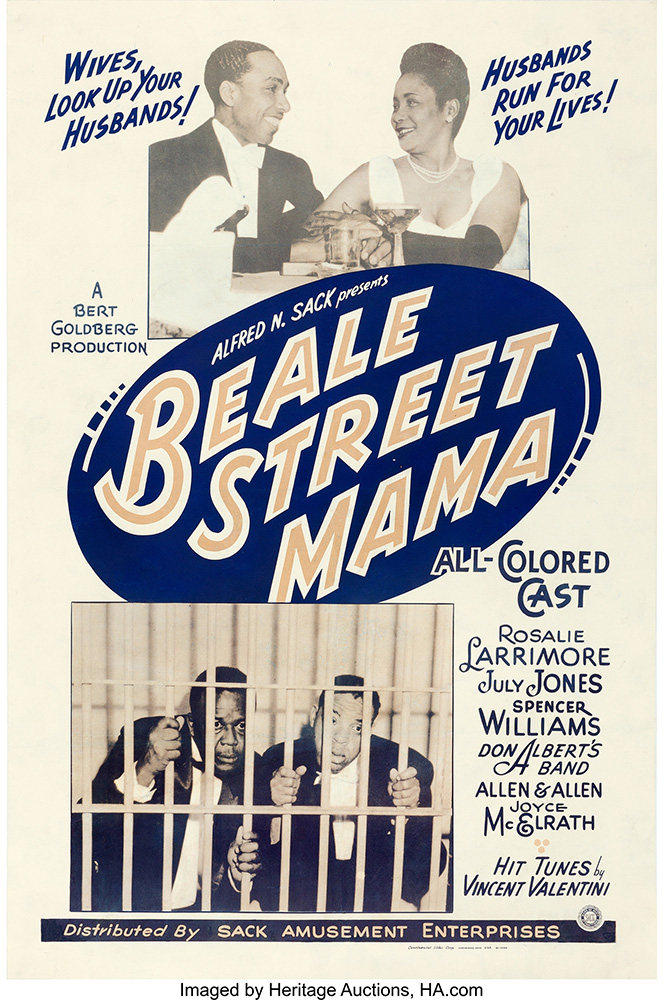 Although director Williams has been best remembered for his performance in the lead role of Andy Brown on the groundbreaking TV series Amos n’ Andy (1951-1953), he had a long career long before that, as a film actor, and as one of the very earliest African American movie directors. “Williams’ work as a filmmaker came under reassessment in the 1970s. Along with Oscar Micheaux, he remains one of the pioneering black directors, who, no matter what his stylistic and technical flaws and deficiencies, was devoted to personal filmmaking.” (Bogle, p. 485.) The film is a musical comedy melodrama set on the famed Beale Street of Memphis, home of the Memphis and St. Louis Blues. Filming was done in Dallas and San Antonio, Texas.