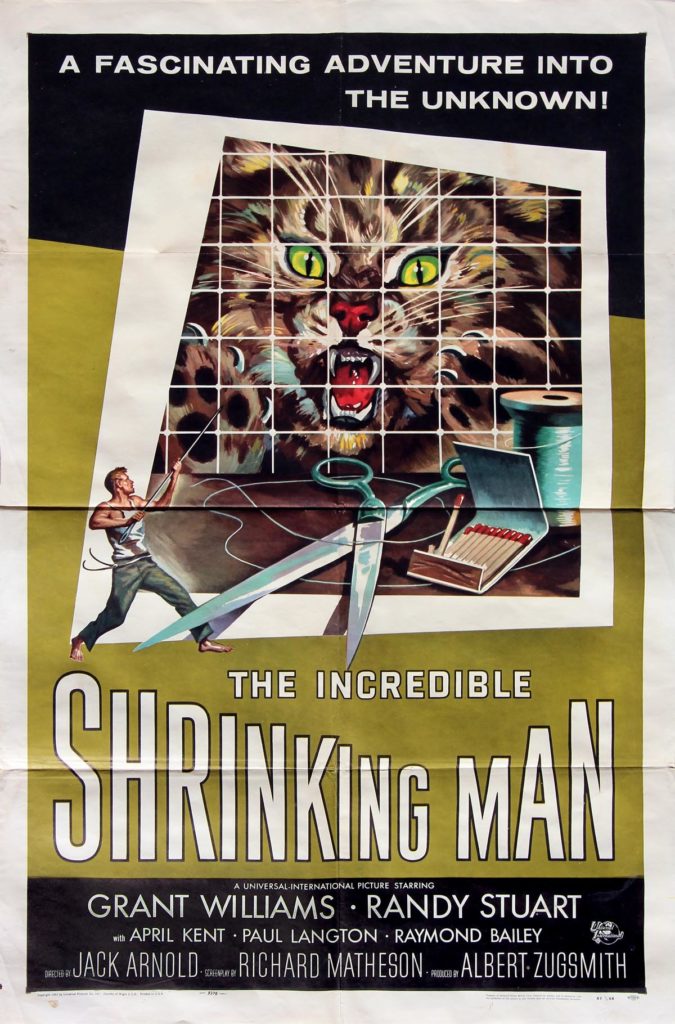 One of the absolute best science fiction films of the 1950s and certainly one of the finest posters of this genre of any period. It was due to a really fine script by Richard Matheson (adapted from his own novel) which made this a strong film. The effects were good, too.

Grant Williams plays Scott Carey, a man who is covered with a strange radioactive mist while sunning on a boat. After that he continuously becomes smaller and smaller and the world becomes a different place, full of danger.

The poster emphasizes the terror Scott feels when the family cat (played by feline actor Orangey) goes after him. So impressed by the film was Orson Welles (making Touch of Evil at the time at Universal) that he narrated the trailer for this film.

The art on this poster is by Reynold Brown. Poster is folded. Slight edge wear and a bit of soiling at the edge fold lines, minor corner creasing. No pinholes, may not have been used. Incredible color. ABOUT FINE.